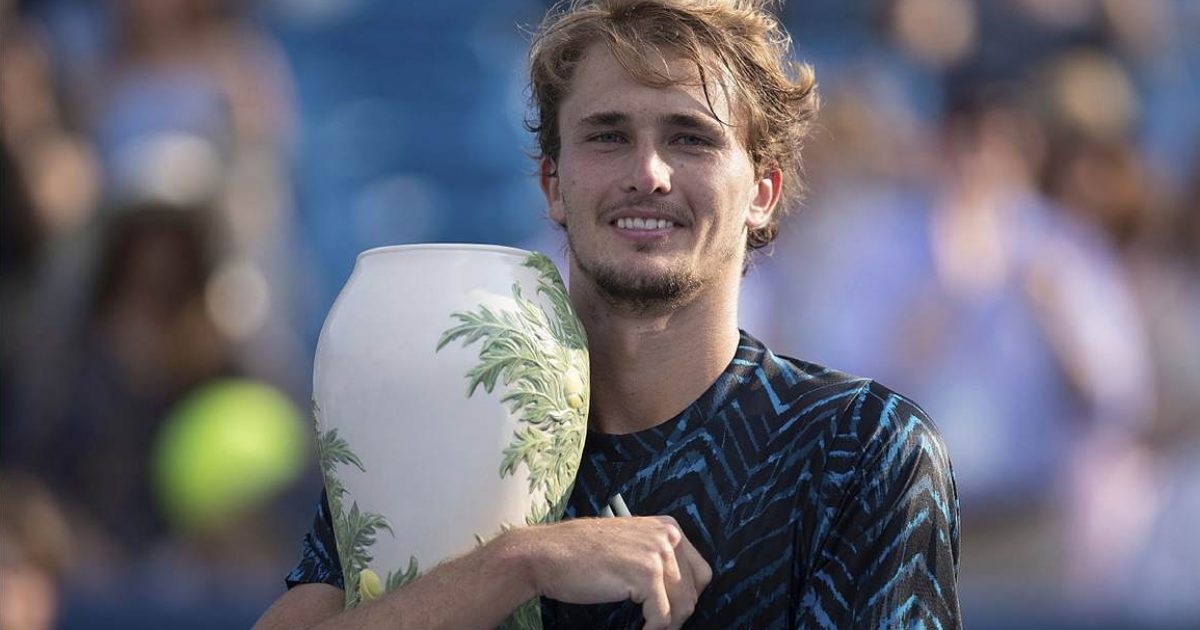 Olympic champion Alexander Zverev continues his sparkling form ahead of the US Open, as he crushed Andrey Rublev 6-2, 6-3 to lift his fifth ATP Masters 1000 title.

After a powerful display in a contest that always appeared to be destined to end with a Zverev win, he became the first German champion in Cincinnati since Boris Becker in 1985.

Zverev’s serving and groundstrokes were far too much for Rublev to handle, with the only glitch in his performance coming when he served for the match at 5-2 and double-faulted on break point to hand his opponent a glimmer of hope.

Yet he snuffed that out quickly by winning the next game and after beating Novak Djokovic at the Olympics, Zverev may now be viewed as his most threatening rival ahead of his attempt to complete a calendar Grand Slam by winning the US Open in New York.

“The first win I ever had on these courts was on Wednesday, four days ago, and now I have my first title here,” declared Zverev said in his on-court interview. “It has been an incredible week, a lot of great matches. It is an incredible feeling going into the US Open.

“I did not do a big celebration because I know how Andrey feels as well because we have been best friends since we were 11 years old and I know he is seeking his first Masters 1000 win, but it is going to come very soon I think.”

Zverev will now head to New York with his confidence at an all-time high and he may be a man to avoid in the draw for Djokovic and the other top seeds, with the win in Cincinatti lifting his ranking up to No.4 ahead of the injured Rafael Nadal.