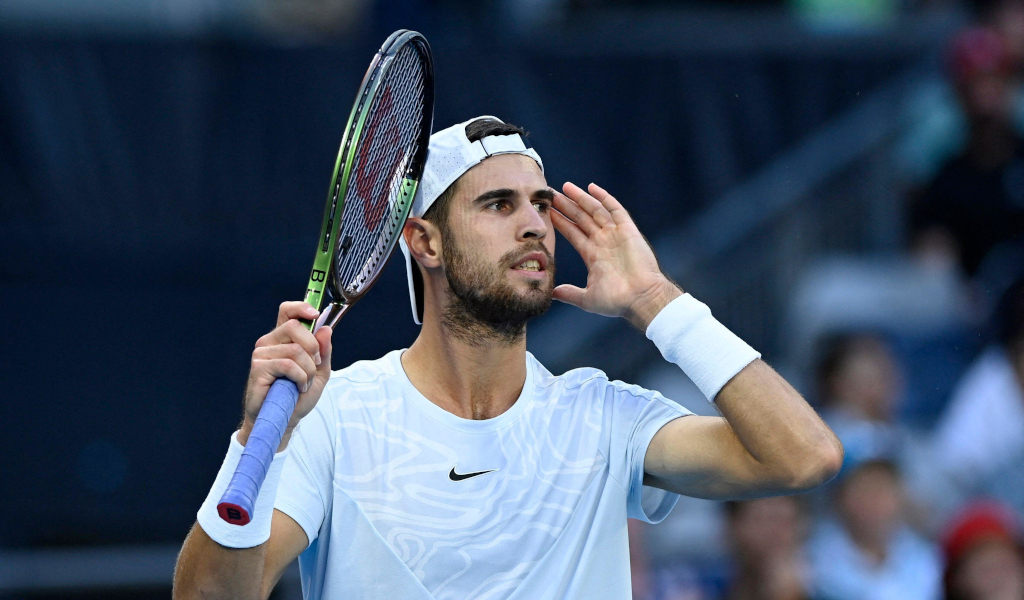 Australian Open semi-finalist Karen Khachanov is at the centre of a political row after using his matches to voice support for the breakaway region of Artsakh.

Historically part of Armenia, Artsakh, or the Nagorno-Karabakh Republic, is internationally recognised as part of Azerbaijan and has been the source of two conflicts since 1990 as well as frequent skirmishes, including what is currently being described as a blockade.

Khachanov, who is Russian but has an Armenian father, has twice written messages on the camera lens after victories during the tournament calling for Artsakh to “stay strong”, while Melbourne’s Armenian community have brought flags of the region to the venue.

Russian-Armenian tennis star, Karen Khachanov has made it to the #AustralianOpen Quarter Finals and once again wrote a message of solidarity on the @Channel9 camera standing in solidarity with #Artsakh.

Keep believing all the way until the end! Artsakh Stay Strong

“I have Armenian roots,” Khachanov said after defeating Sebastian Korda in the quarter-finals at Melbourne Park.

“From my father’s side, from my grandfather’s side, even from my mom’s side. I’m half Armenian. To be honest, I don’t want to go deeper than that, and I just wanted to show strength and support to my people. That’s it.”

#Artsakh flags make their debut at the #AusOpen

Khachanov has utilised his platform throughout the campaign to speak out against Azerbaijan’s over 40 day #ArtsakhBlockade and Melbourne’s Armenian community is joining him.#RoadOfLife #auspol pic.twitter.com/0OylplhcLF

Calling the messages a “provocation” and a “hateful act”, a statement from the ATF concluded: “Although it has become customary for tennis players to write their heartfelt words about the joy of victory on the camera lens, Khachanov used it to implement his cunning plan.

“The Azerbaijan Tennis Federation condemns this incident, and in order to prevent such a situation from happening again, it has been requested to punish the tennis player and to take stricter measures to prevent such incidents in the future. We hope that the matter will be resolved objectively soon.”

The ITF is yet to make any public comment about the matter but Khachanov, who was unaware of the Azerbaijan response, said he had not been told anything by officials regarding further messages.