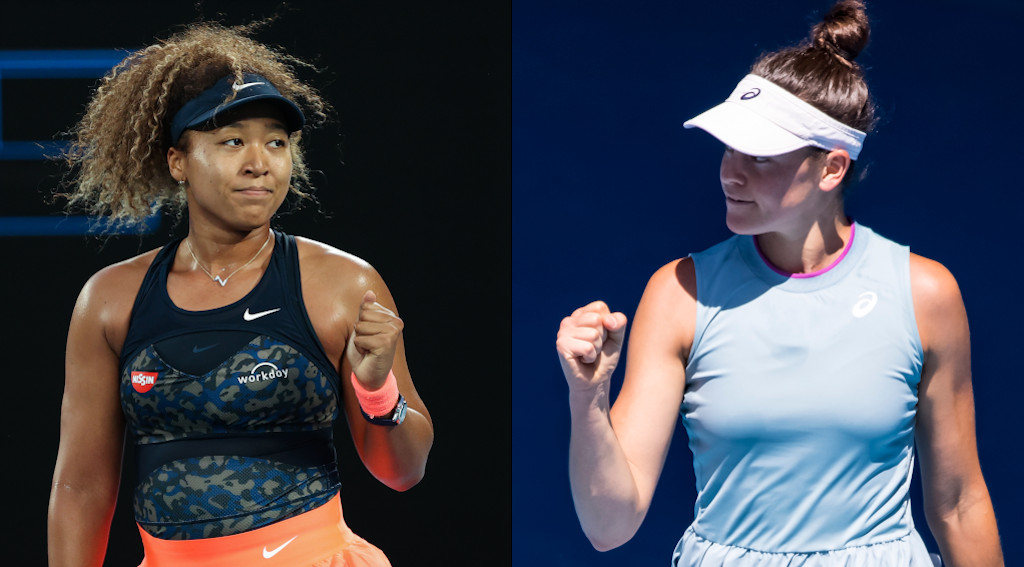 Naomi Osaka will be gunning for her fourth Grand Slam trophy when she takes on first-time major finalist Jennifer Brady in the Australian Open women’s final at Melbourne Park.

We give you the lowdown ahead of the 2021 hard-court Grand Slam showpiece match on Rod Laver Arena on Saturday evening.

Naomi Osaka hasn’t tasted defeated on court since the 2020 Australian Open when she was beaten in the third round by Coco Gauff.

She finished runner-up at the Cincinnati Masters as she pulled out before the final against Victoria Azarenka and a fortnight later she won the US Open before calling an early end to her 2020 season.

The Japanese star started her 2021 campaign by reaching the semi-final of the Gippsland Trophy before also withdrawing from the match.

Her Australian Open journey has seen her drop only one set en route to the final, against 14th seed Garbine Muguruza in the fourth round, while she beat Serena Williams 6-3, 6-4 in the semi-final.

Jennifer Brady dropped sets during her quarter-final win over Jessica Pegula and her last-four victory over 25th Karolina Muchova while the only other seed she faced at Melbourne Park was 28th ranked Donna Vekic in the fourth round.

Before the season-opening Grand Slam, the American was a semi-finalist at the Grampians Trophy.

Going back to 2020, she also reached the semi-final of the US Open and Ostrava Open, but lost her opening matches at the French Open and in Abu Dhabi.

The pair have met three times with Osaka leading the head-to-head 2-1. Their first clash was on the ITF circuit in 2014 with Brady winning 6-4, 6-4 while Osaka won their maiden WTA encounter in Charleston in 2018, claiming victory with a similar scoreline.

Their last clash with a real humdinger in the semi-final at the 2020 US Open as it went the distance with Osaka winning 7-6 (7-1), 3-6, 6-3 en route to claiming a second title at Flushing Meadows.

“I have this mentality that people don’t remember the runners-up. You might, but the winner’s name is the one that’s engraved.”

“After I played her in the semis of New York I knew she was going to do well. I think for me that’s the most interesting thing about women’s tennis right now. There are so many amazing new players and so many players people can watch. That’s a really good thing. I’m actually really excited to play my match on Saturday.”

“When I’m playing matches now, I’m never in doubt about whether I can win the match or not. I believe the match is on my racquet, that it’s within my control. It’s different. I’m not stepping out there and hoping that my opponent doesn’t play well or that I play great tennis. Instead, it’s just me controlling my emotions, being in control of the points and my game and myself.”

“Even making semifinals here, the second week here, it solidified that it’s not a one-time thing, just mentally for myself. Knowing that I belong here, I belong at this level, I’ve earned the right to compete for Grand Slam titles four times a year.

“Having confidence from that match that I played against Naomi in the semis, I think that match may have changed my life and my outlook on how I approach showing up at Grand Slams.”

– Brady on her upcoming final against Osaka

Osaka was the favourite before the tournament started and she will also head into the final as the outright favourite as she is 2/9 (Bet365 and most other bookies) to win a second Daphne Akhurst Memorial Cup while Jennifer Brady is 7/2 to cause an upset.

It is very difficult to look past Osaka for the win, not just because she hasn’t tasted defeat in over a year, but she has played three Grand Slam finals and won all three against much more experienced opponents in Serena Williams, Petra Kvitova and Victoria Azarenka.

The 23-year-old is a lot more confident these days and knows how to keep her emotions in check and spirits up when she hits a bad patch.

For Brady, this is unchartered territory, but that doesn’t mean she can’t pull off an incredible upset. For that to happen she will need to strike early and put Osaka under pressure.

This will be the American’s second career final as she beat Jill Teichman in the Top Seed Open in August last year.

She beat world No 1 Ashleigh Barty in Adelaide in January 2020 while she also got the better of world No 4 Elina Svitolina in Dubai a few weeks later.

Osaka is the favourite and you expect her to hold aloft the trophy come Saturday evening.