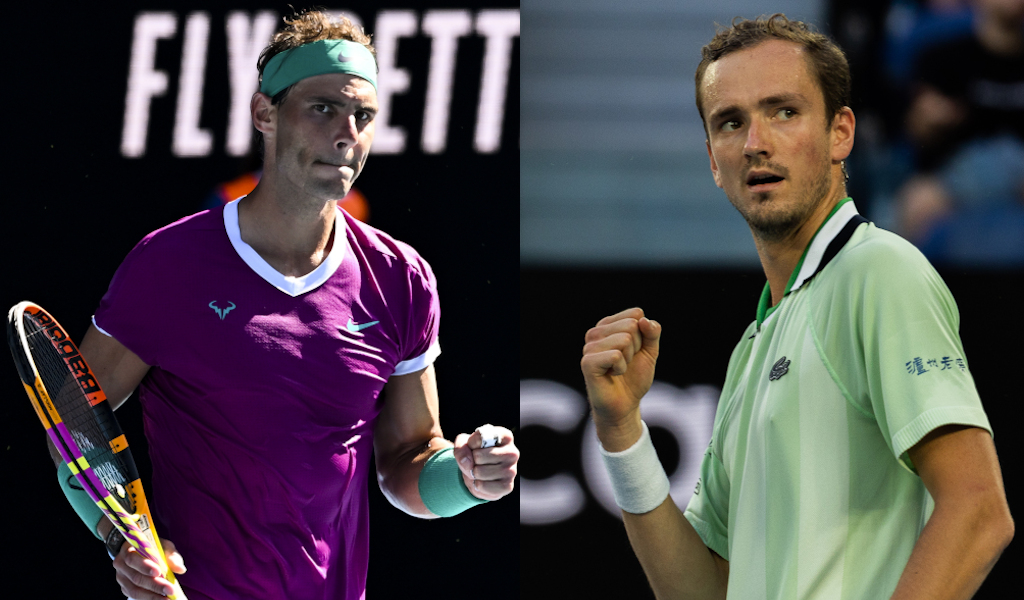 A lot of history will be on the line in the Daniil Medvedev vs Rafael Nadal final at the 2022 Australian Open on Sunday.

Will Medvedev become the first player in the Open Era to follow up his maiden Grand Slam – the US Open last year – with a second major at his next event? Or will Nadal secure a magical 21st Grand Slam that will see him move ahead of his great rivals Roger Federer and Novak Djokovic in the race for most majors?

The last time Nadal (2019) and Mevedev (2021) played in the men’s final at Melbourne Park, they were both on the receiving end of three-set drubbings at the hands of Djokovic.

However, this year’s showpiece match on Rod Laver Arena is unlikely to be a one-sided affair so let’s see how the two finalists measure up.

An epic battle between champions sits on the horizon ??#AusOpenWithInfosys • @Infosys pic.twitter.com/Jms2S0yqJM

Daniil Medvedev has been the form player on hard courts for some time and, even though his last title was that trophy at the US Open, he also reached the finals of the Paris Masters and ATP Finals.

He looked down and out against Auger-Aliassime as he found himself two sets to love down, but summoned his “inner Novak Djokovic” as he saved a match point en route to a five-set win.

After missing the bulk of the latter half of the 2021 campaign, Nadal decided to start this season a little earlier than usual and he ended up winning the Melbourne Summer Set.

And three weeks later he finds himself in the final of the Australian Open.

Shapovalov gave him the biggest problems as the Canadian overturned a two-set deficit to take it five sets, but Nadal edged the decider 6-3.

“I am going to play again against one of the greatest and against someone going for their 21st Grand Slam. Grand Slam finals are special and I can remember the final against Rafa at the [2019] US Open. It was my first final and we played for about five hours. We have played a few matches since then and I am ready.” – Daniil Medvedev

“For me it’s all about the Australian Open, more than anything else,” said Nadal. “It’s just an amazing event. I feel very lucky that I won once [here] in my career, 2009, but I never thought about another chance in 2022, so I’ll just try to enjoy the victory today and then after tomorrow I’ll prepare my best.” – Rafael Nadal

This is actually a really difficult one to call as in the past you could say that Medvedev’s inexperience in Grand Slam finals count against him, but that is not the case anymore as this is his fourth major final.

His mentally is also completely different these days – why wouldn’t it be when you consider how he dispatched Novak Djokovic in the 2021 US Open final. He has also been “here before” in term sof the No 21 pressure having stopped Djokovic from winning No 21 last year.

Nadal, on the other hand, is a wily old player when it comes to major finals and he appears to be fresh considering he didn’t play too much last year. However, that may well count against him.

If the Spaniard gets off to an excellent start, he will be hard to defeat.

However, if this one goes to four or five sets you would back Medvedev to get the better of Nadal and deny another member of the Big Three the chance to move to a record-breaking 21st Grand Slam.