A day of firsts for Borna Coric, Alex Bolt and almost Kamil Majchrzak 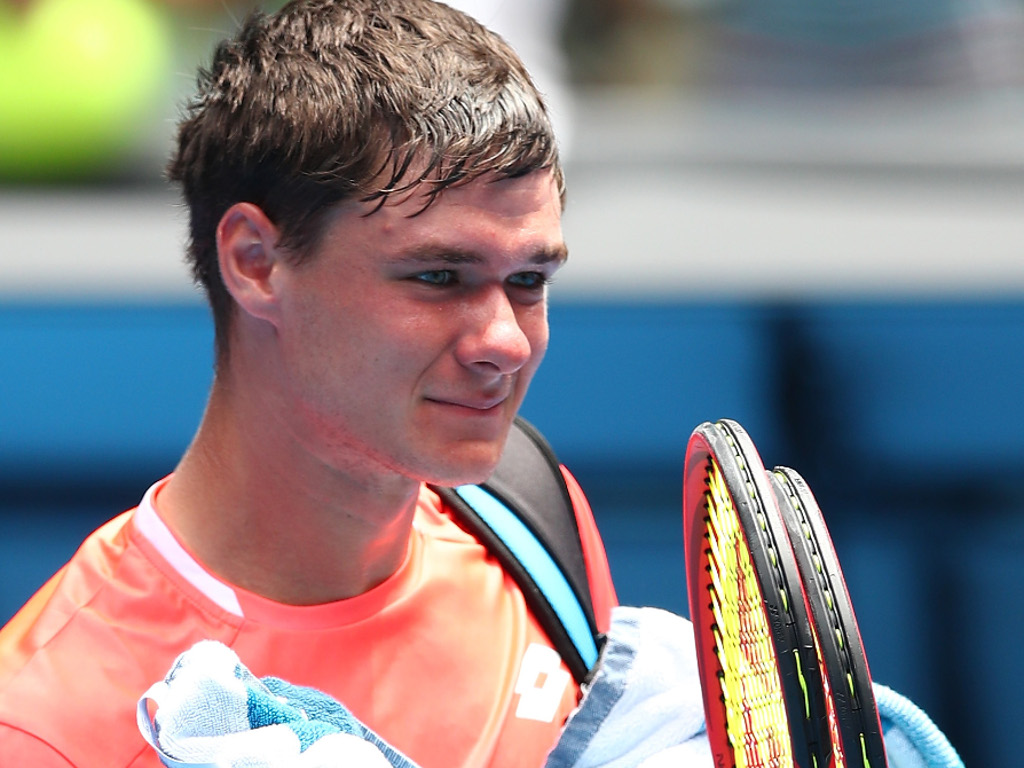 Borna Coric, Alex Bolt and Taro Daniel are all into round 2 of the Australian Open for the first time while cramp cost Kamil Majchrzak his chance.

11th seed Coric defeated Steve Darcis 6-1 6-4 6-4 to advance to round two, recording his first-ever round 1 victory in Melbourne.

And he wasn’t the only player to write a piece of history on Tuesday.

Speaking to the official ATP Tour website, Bolt, who had made it through the first round at a major, said: “I feel lucky.

“When I stopped, that could have been my life. I could be wilting away in the heat putting up fences right now. That’s a career path I would not have done well in, that’s for sure.

“Leaving tennis was the best thing I ever did.

The 155th-ranked South Australian wildcard will next face French No29 seed Gilles Simon.

Meanwhile it was a case of what could have been for qualifier Kamil Majchrzak.

The Polish player looked to be on course for his first victory at a grand slam as he got the better of Kei Nishikori in the opening two sets of their match only for cramp to set in.

With his entire body, including his fingers, seizing in painful cramps, the grand slam rookie was forced to call it quits 0-3 down in the fifth.

You definitely have to feel for Majchrzak who has played incredibly well until the cramping.#AusOpen #WAOW pic.twitter.com/FnmYkbYkOd

A lucky escape for Nishikori.

“It’s unfortunate how we finished. I feel sorry for him. I wouldn’t say it was a good game (because of how it ended) but I have to be happy for the next round,” said the World No8.

“I didn’t play badly but I have to give credit to my opponent who played better. He was amazing defensively and was stronger than I had imagined. His movements were restricted (after the injuries) and all I tried to do was not lose my concentration.”

Injury-plagued Thanasi Kokkinakis was another forced to retire early due to a pectoral problem.

Having taken the first set against Japan’s Taro Daniel, he was down 2-4 in the second when he called it quits.

Daniel will face Denis Shapovalov as he takes on the World No25 in his first-ever match in round 2 in Melbourne.