Alexander Zverev once again suffered Grand Slam disappointment after being blown away by a brilliant Milos Raonic at the Australian Open.

The fourth seed has only ever reached one Grand Slam quarter-final, last year at the French Open, and he has been unable to improve that record in Melbourne, losing 6-1, 6-1, 7-6, (7-5).

It all started well for Zverev with him breaking Raonic’s serve in the opening game.

However, he inexplicably managed to lose 12 of the next 13 games, culminating in a display of frustration that saw him smash his racket nine times on the court. 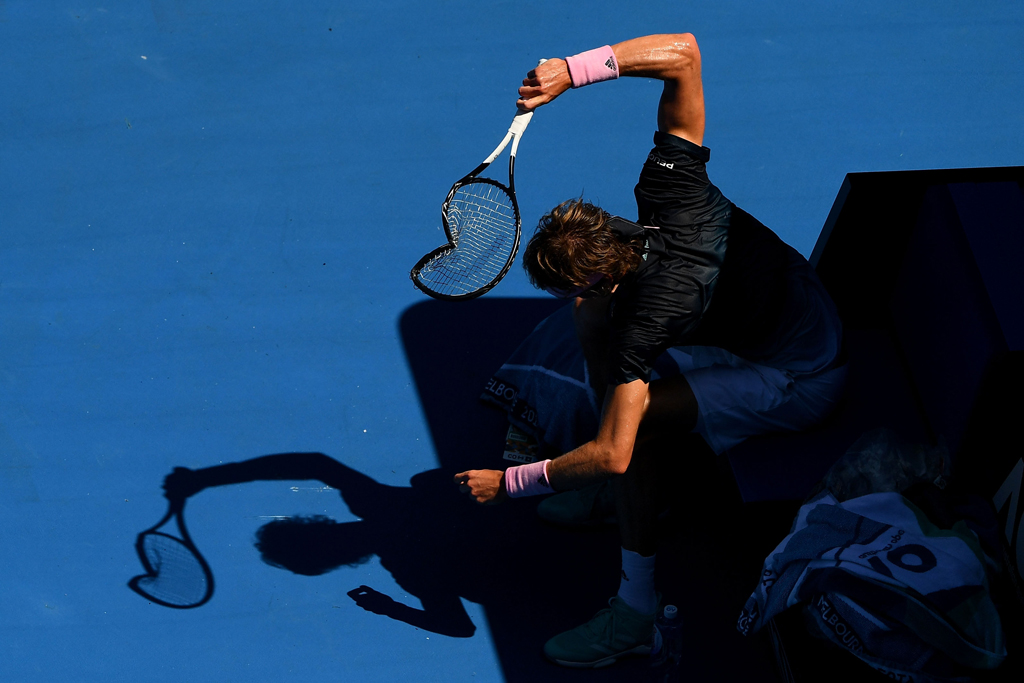 Raonic, though, will not care about that, as he adds Zverev to a fine list of scalps in this tournament that already includes Nick Kyrgios and Stan Wawrinka.

“I just tried to stay composed,” said Raonic. “It worked extremely well for me today. “I played incredibly good, did a lot of things extremely well.”

Raonic will now face Borna Coric or Lucas Pouille in the quarter-finals.