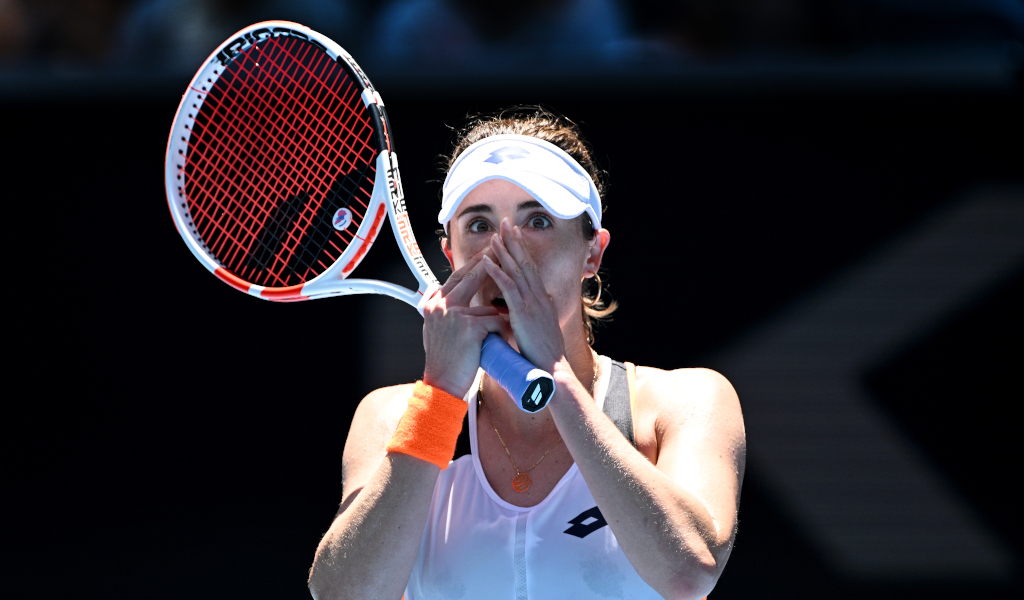 It was an eventful 32nd birthday for Alize Cornet at the Australian Open as she lashed out at the chair umpire over an “insane” penalty, then booked her place in the fourth round before ending it off with the crowd singing happy birthday to her.

The Frenchwoman, who stunned third seed Garbine Muguruza in the second round at Melbourne Park, followed it up with a come-from-behind victory over Tamara Zidansek, beating the 29th seed 4-6, 6-4, 6-2.

The match had plenty of drama as Cornet found herself 4-1 down in the second set, but clawed her way back to 4-4 before she was involved in a heated dialogue with the chair umpire.

After she was given a time violation penalty, she shouted “This is insane,” before asking “What is your problem with me?”

She then continued her one-sided discussion with the official.

“I took the ball and I went straight here on the line! Why did you time violate me?” she asked.

“No don’t say anything, just listen to me.

“It is very far and you have to walk every time. And you’re here just sitting and you’re like ‘time violation’. It’s a little bit too much.”

She went on to win the match to set up a fourth-round clash against two-time Grand Slam winner Simona Halep and delivered a humorous post-match interview.

Some of the highlights included how much she hates the Australian heat, she is not a fan of the word veteran and she didn’t know Australians like French people.

“I don’t even know guys if you like French people…” 😉😂

Alize Cornet with one of the most charming on-court interviews of the Open 😍#AusOpen – Live on Channel 9 and 9Now pic.twitter.com/Do4HoWq31k

Then just as she was about the leave the court, the Frenchwoman remembered it was her birthday and then proceeded to conducting the crowd while they sang happy birthday.

What a perfect birthday celebration for Alize Cornet pic.twitter.com/Gf8J1TBdFI

All in a day’s work for the 32-year-old Alize Cornet.