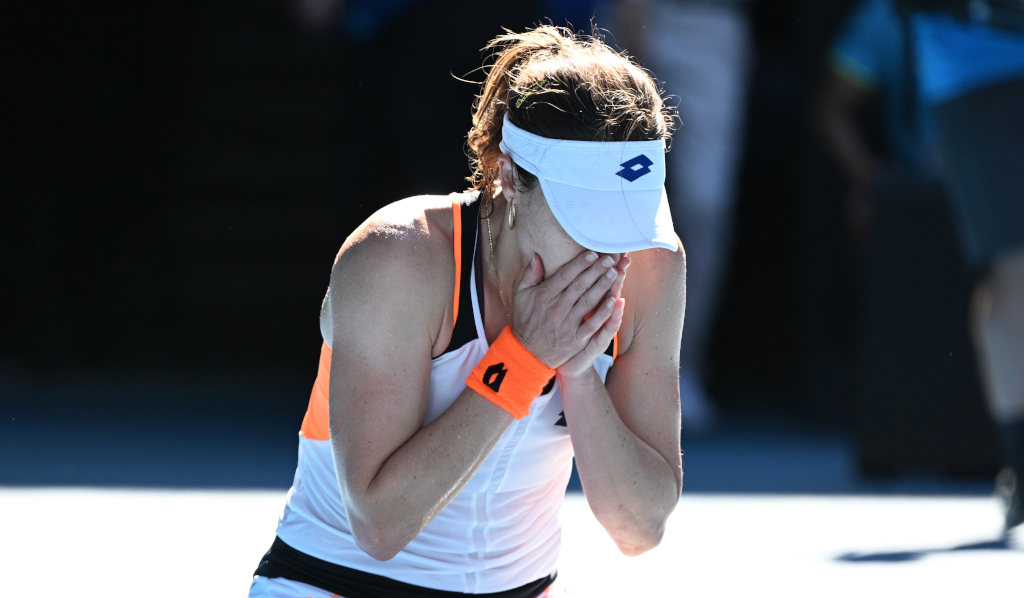 Alize Cornet is a quarter-finalist in the singles of a Grand Slam at the 63rd of asking after the Frenchman secured a dramatic win over Simaon Halep in the fourth round at the Australian Open.

Since 2005, Cornet had reached the fourth round of a major only five times before this year’s hard-court Grand Slam.

But she has gone at least one better at Melbourne Park after a 6-4, 3-6, 6-4 upset victory over two-time Grand Slam winner Halep in two hours and 43 minutes in hot and humid conditions on Rod Laver Arena on Monday.

On her 63rd main draw appearance, @alizecornet is into her FIRST Grand Slam quarterfinal. The world No.61 upsets Simona Halep 6-4 3-6 6-4.#AusOpen • #AO2022 pic.twitter.com/PwlBeFTPDA

Both players struggled on serve with five breaks of serve in the opening set with Cornet edging it 3-2 while the roles were reversed in the second set as Halep won the break of serve battle 4-2.

By contrast, the deciding set had only one break of serve and the crucial game turned out to be game seven. After missing two match point opportunities in game nine, the 32-year-old wrapped things up at the third time of asking in the following game.

“It feels amazing,” Cornet said after the match.”It was a battle with Simona today in this heat after 30 minutes of the game we were both dying on the court. We kept going for two and a half hours with all our heart.

“Congrats to Simona because I know she struggled a lot and I admire this player so much. She’s such a fighter and an example to me. To beat her today to go to my first quarter-final is a dream come true. I don’t know what to say. It’s just magic.

Up next is Danielle Collins from the United States after the 27th seed secured a 4-6, 6-4, 6-4 victory over 19th seed Elise Mertens in just under three hours.