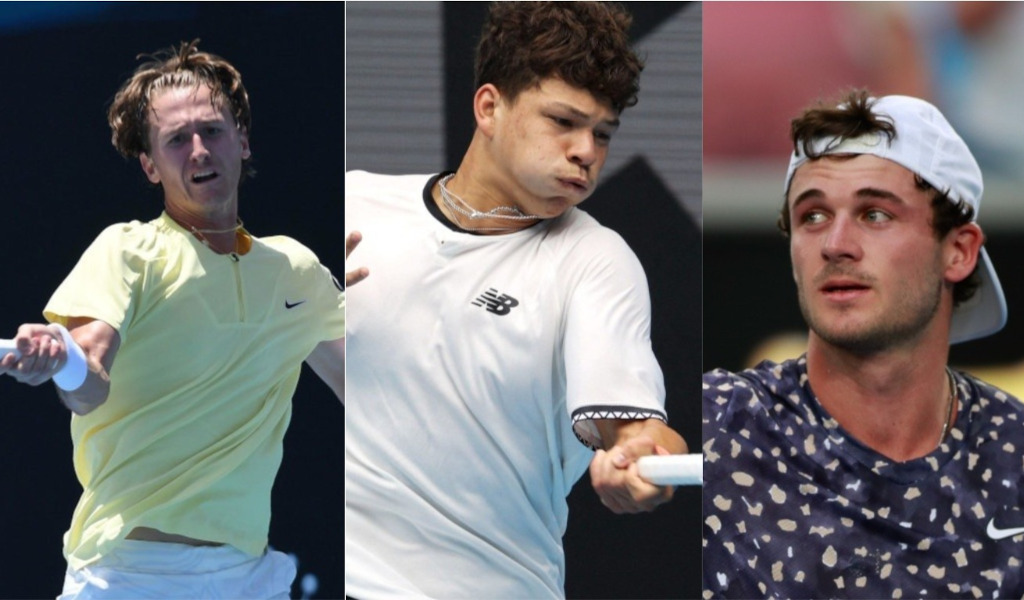 The incredible depth of men’s singles talent emerging from the United States has been demonstrated at the Australian Open as Ben Shelton and Tommy Paul joined Sebastian Korda in the last eight.

Shelton is set for another all-American clash in the last eight where he will meet Tommy Paul.

“It has been a dream so far,” Shelton said.

“Thank you to everyone who came out today, you guys are the best.

“It was a gruelling match. There were a lot of swings throughout the match, going to me and then him. I was focused on being energetic, trusting my fitness and hustling. I was courageous and I think I did a good job of competing at the highest level in the fifth set.”

Their exploits have ensured that three Americans have advanced to the last eight of a men’s Grand Slam for the first time since 2005.

Paul’s match proved to be a dual of clean-strikers in which the US hope prevailed.

”It was a really physical, tough match,” said Paul after his hard-earned victory on Margaret Court Arena.

“Any time you play Bautista it’s going to be a war. So I was prepared for that match and I thought I executed really well today. It’s always fun playing on this court, I think it was my third time playing here and it’s always a blast.”

Paul identified a need to go on the attack to get the job done against the Spaniard.

“I felt like I was running a lot, so I definitely wanted to be on offence a little bit more there towards the end of the match,” added Paul.

“I feel like the first set, I was kind of controlling everything, and then he was finding so many forehands later in the match and making me run. That wasn’t a lot of fun, but I’m happy to get through that one.”

Paul was delighted to be facing a compatriot in the last eight.

“I think he [Shelton] was down two-sets-to-one when I came on court, so I had no idea who I would play if I won, but I was happy with either [Shelton or Wolf],” said Paul.

America’s top two men Taylor Fritz and Frances Tiafoe fell early but Korda, Shelton and Paul stepped up to prove that US men’s tennis is back as a power.

It is also the first time three Americans have reached the last eight in Melbourne since 2000.

An American man has not won the Australian Open since Andre Agassi’s incredible 2003 title run.