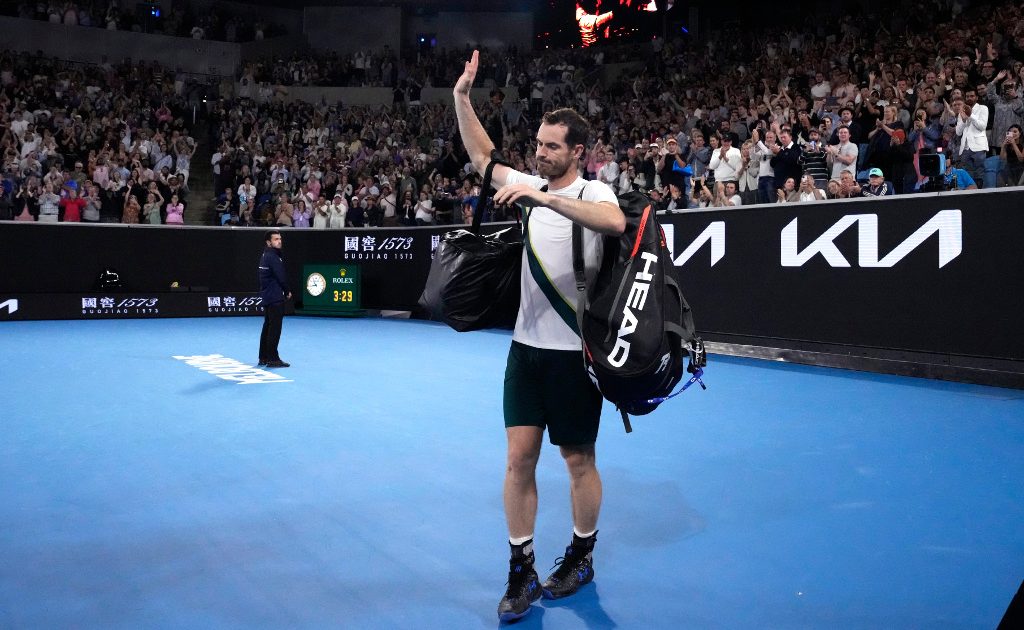 Andy Murray threatened another miracle on Margaret Court Arena but fell to a four-set defeat against Roberto Bautista Agut in the third round of the Australian Open.

The Scot was back at the scene of his late-night heroics against Thanasi Kokkinakis, having done his best to recover from the five-hour, 45-minute epic in which he came back from two sets down to claim victory at 4.05 am.

Coupled with a near five-hour first-round win against Matteo Berrettini, Murray had spent 10 hours and 34 minutes on court just making it through to the last 32.

To begin with it appeared he would offer little resistance but he willed himself into the match and improbably took the second set before Spaniard Bautista Agut claimed a 6-1, 6-7 (7), 6-3, 6-4 victory after three hours and 29 minutes.

Coupled with a loss for Dan Evans to Andrey Rublev earlier, that is now the end of the British challenge in singles for another year at Melbourne Park.

This was the first time at a grand slam since the French Open in 2017, when Murray’s hip problems began, that he has been the last British singles player standing.

The contest also came four years after he tearfully revealed the extent of his hip pain and that he was considering retiring ahead of a first-round clash with Bautista Agut in Melbourne.

After Murray battled back from two sets down in a five-set defeat, the tournament played a premature video montage of tributes from fellow players, only for the Scot to insist that he hoped to be back.

For the first time in six years, he arrived at Melbourne Park feeling genuinely positive about his body and his game, and the victory over Berrettini was probably his best since 2017, but the physical toll was enormous.

Metronomic, stone-faced Spaniard Bautista Agut was surely the last player Murray would have hoped to come across when free points were what he needed the most.

The 35-year-old, who has a stiff gait at the best of times, looked like he could have benefited from a walking stick as he hobbled around the court.

He won just one of the first 15 points before getting on the board in the fourth game and Bautista Agut wrapped up the opening set in only 29 minutes.

Murray was quickly down a break in the second as well but he dug in to keep it at that and, willed on by a crowd featuring plenty of Scottish saltires, began to make some headway.

Unexpectedly, Bautista Agut gave the break back to make it 4-4, and Murray battled grimly to stay on terms, saving a break point in the 11th game with a brilliant backhand pass.

Bautista Agut led 5-2 and 6-4 in the tie-break but Murray again would not let go, getting back on level terms and then forcing two set points, of which he took the second.

Murray stood statuesque soaking up the adulation of the fans who now fully believed they might be witnessing something very special indeed.

But Bautista Agut managed to shut out the noise in the third set, finally breaking through to lead 5-3, and an early break for Murray in the fourth proved a false dawn.

“I feel like I gave everything I had to this event,” Murray said. “So I’m proud of that, and that’s in whatever you’re doing, all you can do.

“You can’t always control the outcome or how well you’re going to play or the result, but you can control the effort you put in, and I put in everything that I had the last three matches, so I’m very proud.

“But I’m also disappointed because I put loads of work into the beginning of this year.”