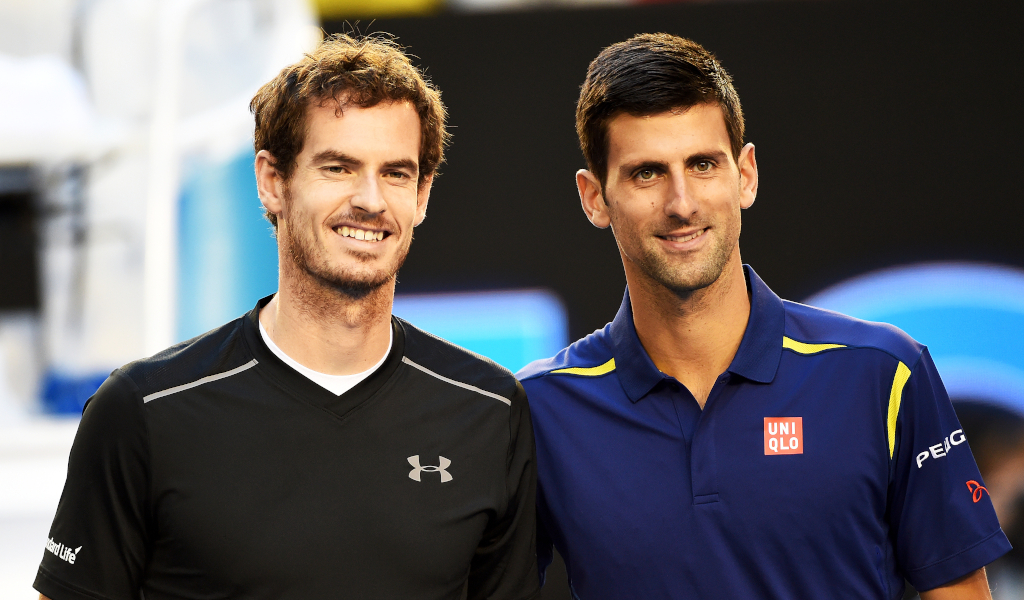 Andy Murray still has questions about Novak Djokovic’s medical exemption which he used to enter Australia, despite the Serbian being released from detention yesterday following the revoking of his cancelled visa allowing him to stay in the country.

As the 34-year-old hasn’t been vaccinated, which has been confirmed from court transcripts in his appeal hearing, the only way Djokovic would be able to get into the country and play at the Australian Open would be if he had a medical exemption which he was supposedly granted as he’d tested positive for Covid-19 within the past six months.

He told the Australian Federal Circuit Court that he returned a positive test for the virus on December 16, however he made an unmasked public appearance the next day, which calls into question whether he was in fact infected with Coronavirus, or was he knowingly spreading the disease – which is what former world No 1 Murray wants clarification on.

“It’s positive that he’s not in detention anymore,” the Scot said.

“Obviously he won in court, so, you know that’s a positive thing for him, hopefully he will be able to concentrate on the tennis now.

“I think there is still a few questions that need to be answered around the isolation and stuff, which I’m sure we’ll hear from him in the next few days.”

Not only did the 20 time Grand Slam winner attend a public event while he claims he had Covid-19, but he also took part in a photoshoot for French newspaper L’Equipe on December 18, apparently masking up for the interview portion but didn’t wear one while being photographed.

Further to this, Djokovic declared on his immigration form when entering Australia that he hadn’t travelled anywhere in the previous fortnight before flying Down Under, but there is evidence that he travelled from his home country of Serbia where he was on Christmas Day to Marbella where he was training.

Although Murray wants his questions to be answered, he personally doesn’t want to be interviewed on the world No 1’s controversy after matches as he was asked about the row following his first victory of the year at the Sydney Tennis Classic, and would like the tennis world to move on from this debacle.

First win of 2022 ✅@andy_murray sails through to the next round of the Sydney Tennis Classic with a 6-3, 6-1 victory over Viktor Durasovic.#SydneyTennis pic.twitter.com/ziNkmD6wzu

“It’s the first match that I have played here or won here in over three years, and this is where situations like these are frustrating for players because I want to come off and talk about my tennis and what’s happening there, not talking about situations like that.

“So I’m hoping that we can move on from it now, it looks like he’s going to be able to play and compete in the Australian Open and we do want the best players there, but I think there is still a few questions to be answered – until that happens it’s tough to give a definitive opinion on everything.”

There is still a chance that Djokovic could be thrown out of the country as immigration minister Alex Hawke could use his personal powers to deport him however so far this isn’t a decision that has been made.

But that is far from Murray’s mind, now he has to prepare for his second round tie against opponent Nikoloz Basilashvili in the Sydney Tennis Classic before the Australian Open starts from January 17.