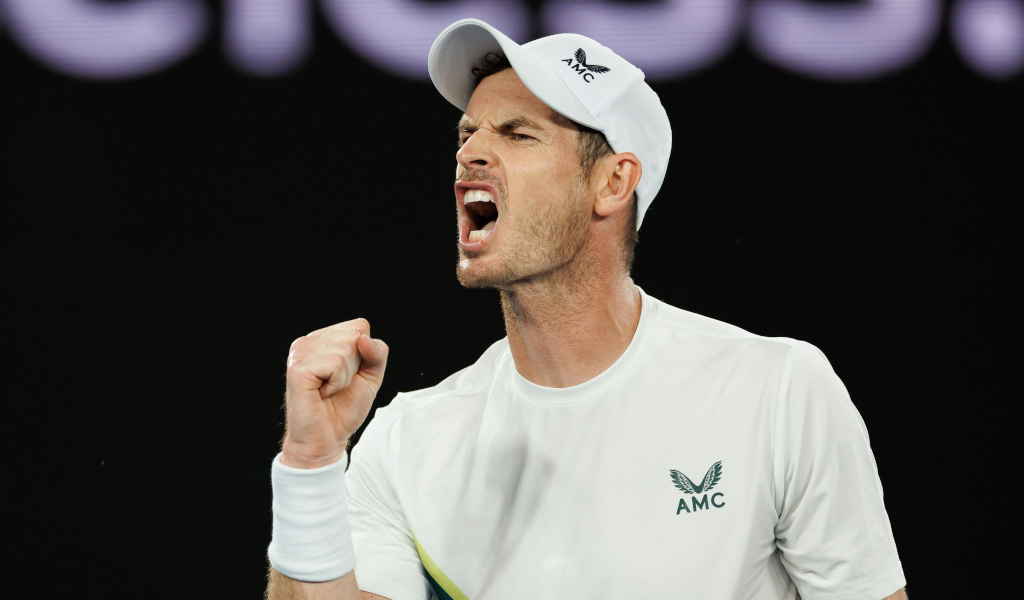 Andy Murray will make improving his ranking the priority over the next few months in the hope of avoiding the sort of gruelling schedule that compromised his Australian Open hopes.

The Scot was at least able to put his blistered feet up on Sunday after his hopes of a deep run in Melbourne ended with a four-set loss to Roberto Bautista Agut.

Murray outperformed expectations again by pushing his Spanish opponent in a three-hour, 29-minute contest, meaning he spent more than 14 hours on court in three matches.

2 days ago I randomly bumped into the doctor who in 2017 told me “the good news is the problem you have in your hip can be fixed but you won’t be able to play professional sport again.” I think we dispelled that myth the last 5 days.😉Goodnight ❤️

The 35-year-old rightly earned plaudits for his efforts, not least his comeback to beat Thanasi Kokkinakis after 4am, but he has higher expectations than bowing out in the last 32 at grand slams and knows, to give himself a chance, he must not expend so much energy in the early rounds.

Murray will be ranked just outside the top 60 following this tournament and will certainly hope to be in the top 32 by Wimbledon, which would earn him a seeding at the All England Club and avoid a first-round draw against the likes of Matteo Berrettini, as he experienced here.

The good news for Murray is that his hard work in the off-season paid off in terms of his physical sharpness and confidence in his game.

“I think my movement here was really good,” he said. “That’s something that at times hasn’t been great the last 12, 18 months. It’s really important for me. When I move well, it allows me to play the game style that is most effective for me.

Murray is always going to err on the side of being a defensive player but being able to come forward and shorten points will be crucial to his hopes of trying to reach the latter stages of these events again.

He will prioritise rest and recuperation after travelling back to the UK but expects to be fit for his next tournament in Rotterdam beginning on February 13.

“I don’t have an injury, which is good,” said Murray, who struggled with his feet and lower back against Bautista Agut.

A week we won't forget.

“My body obviously has had a lot of load and stress go through it these last few days. I’ll need to take a bit of time to recover.

“But, because of the Davis Cup week, Rotterdam would start three weeks on Monday, so that should be more than enough time for me to recover, I would think.”

When Murray returns to Melbourne Park next year, he will hope to see changes to the schedule to reduce the chances of players competing into the early hours.

The Scot’s travails have focused attention on the issue, which is far from a new problem in tennis.

Murray suggested having only two matches in the day session to reduce the chance of it over-running and beginning the night session earlier as relatively minor changes that could help.

Collective action is not one of tennis’ strong points and, if Novak Djokovic’s Professional Tennis Players Association is to make an impact on the sport, this is the sort of thing it could start with.

Having been largely anonymous since its launch at the US Open in 2020, the PTPA has stepped up its profile at Melbourne Park, naming a committee of eight players.

Djokovic, who is among the eight, said of late-night scheduling: “It comes down to what the TV broadcasters want to have. That’s the ultimate decision maker.

“I would agree with his (Murray’s) points. For the crowd, it’s entertaining, it’s exciting, to have matches at midnight, 1, 2, 3am. For us, it’s really gruelling.

“Even if you go through and win, prevail in these kind of matches, you still have to come back. You have your sleeping cycle, rhythm disrupted completely, not enough time really to recover for another five-setter.

“Something needs to be addressed I guess in terms of the schedule after what we’ve seen this year.”