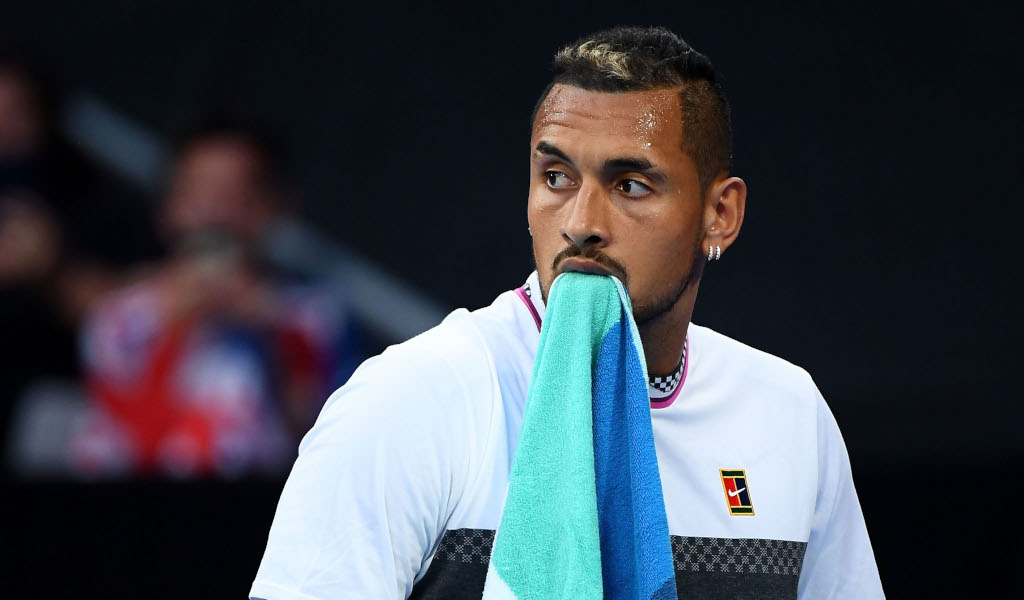 Nick Kyrgios has taken a fresh dig at Lleyton Hewitt and also lashed out at tennis coach Roger Rasheed on social media.

The tension has been building for a couple of weeks with Kyrgios initially accusing Hewitt of “abandoning” him and Thanasi Kokkinakis in favour of Alex de Minaur in a Twitter post that was later deleted.

Bernard Tomic then added fuel to the flames at the start of the Australian Open by saying Hewitt “doesn’t put Nick first, he doesn’t put Kokkinakis first. He only thinks of himself”, adding “no one likes him any more”.

Hewitt laughed off the attack while his former coach Roger Rasheed told Sky Sports Tomic’s comments were “not warranted”.

Lleyton Hewitt laughs off Bernard Tomic’s ‘no one likes you’ attack https://t.co/2W2rK2xa44

After getting knocked out of the Australian Open, Kyrgios insisted there was “not really” a rift between Hewitt and himself.

However, on Wednesday he took to Instagram to take another swipe at the Australian Davis Cup captain, who was doing sideline commentary for De Minaur’s second-round match at Melbourne Park.

He asked his followers whose match Hewitt was watching and gave them two options: “Demon” [De Minaur] and “No one else”. 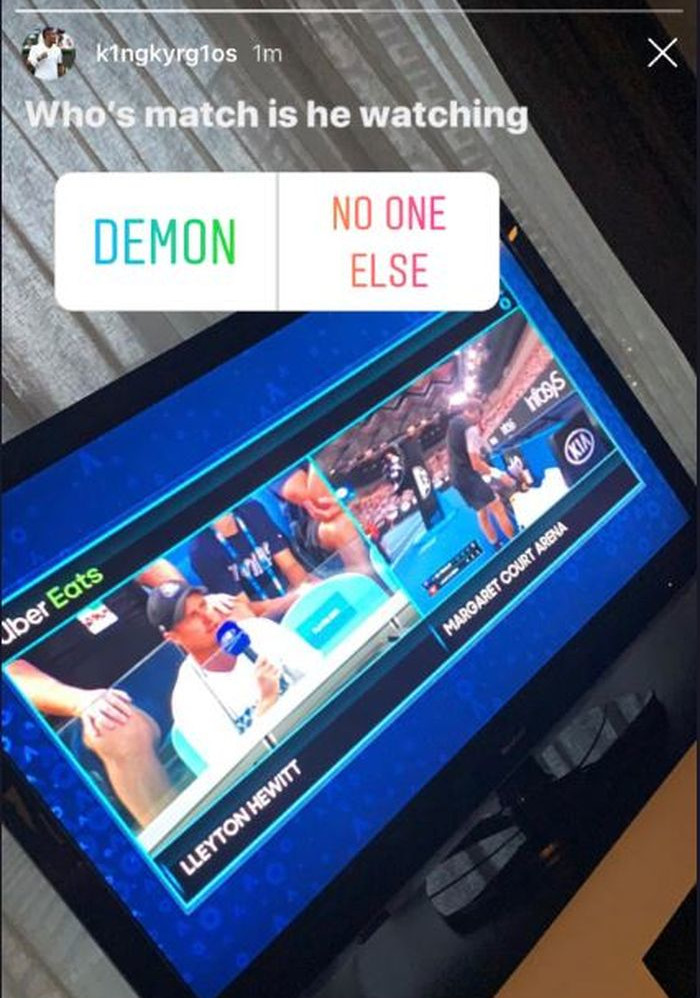 The post was later deleted, but he was not done.

Rasheed and former AFL champion Gerard Healy did a radio interview where they “discussed a key pillar that could improve the game of Kyrgios, Kokkinakis and Tomic”.

And it did not go down well with Kyrgios.

“You blokes all have zero idea,” he wrote on Twitter. “It’s comical people like yourself have an opniion of us.

“You blokes are anything but athletes so how about you concentrate on your own s**t.

You blokes all have zero idea. It’s comical people like yourself have an opinion of us. You blokes are anything but athletes, so how about you concentrate on your own shit. Zero credibility. https://t.co/ZMKZX5vIXu