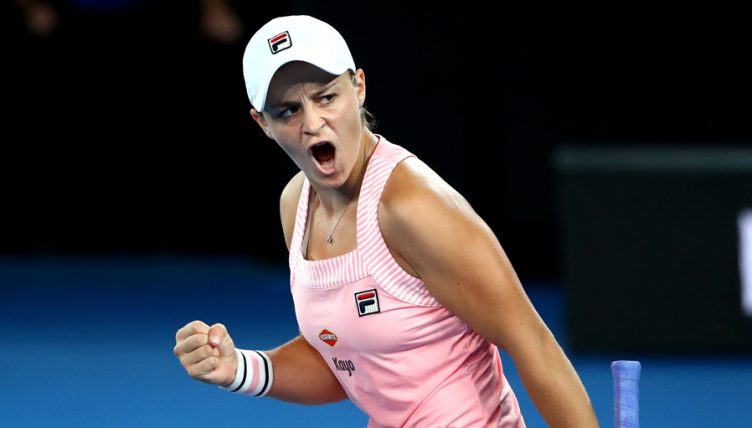 Home hope Ashleigh Barty continued her fine form at the Australian Open with a comprehensive victory over Maria Sakkari in round three.

No Australian player, man or woman, has won a singles title at their home Grand Slam since the 1970s, and their last women’s finalist was as far back as the 1980s.

However, Barty is looking in fine shape to challenge that after easily overcoming Greek Sakkari 7-5 6-1.

“You have to keep giving yourself the opportunity to do better and better,” she said.

“It’s all trusting in the process and the work that my team and myself has done in the preseason, and throughout the last 18 months, two years.

“It’s getting to the point now where I’m feeling more and more comfortable on the court and can play my brand of tennis, which when I execute I know it works against the best in the world.”

She faces a tough test in round four, though, where either Maria Sharpova or Caroline Wozniacki awaits.