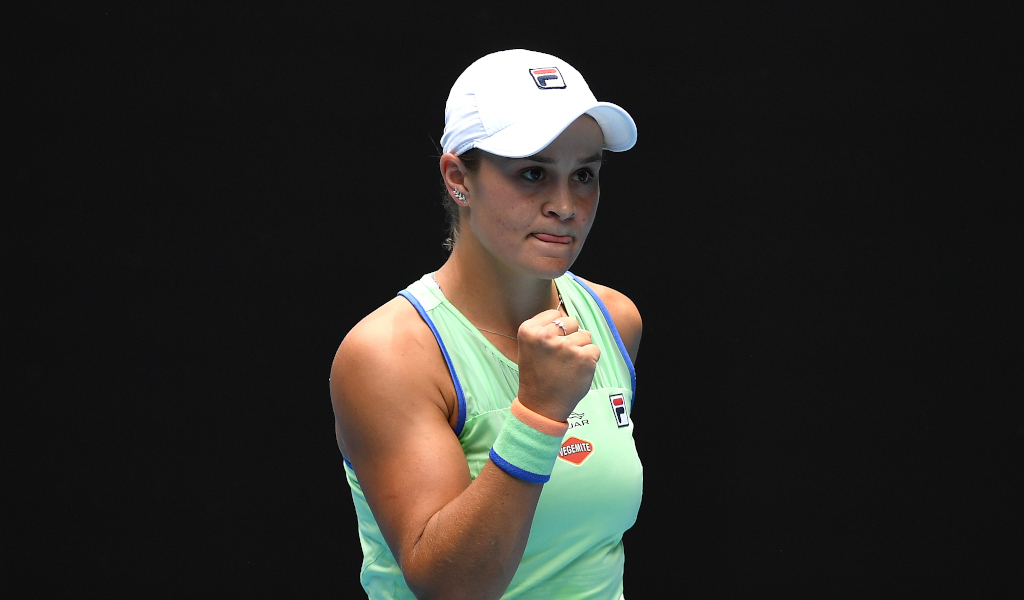 World No 1 Ashleigh Barty made sure there was no hiccup during her second-round match at the Australian Open while Caroline Wozniacki extended her career.

After making a sluggish start in her opener on Monday, there was no repeat of that for Barty as the Roland Garros champion made light of difficult playing conditions to beat Polona Hercog 6-1, 6-4.

The first set took just 18 minutes to complete, but Hercog did put up a better fight in the second set.

Barty, though, was a comfortable winner on a windy Rod Laver Arena.

“Another clean match today and I’m really happy to get out of that one,” the Australian said. “It was very different end to end. The wind played a massive factor and Polona has the power to blow you off the court. It was just about me making as many balls as I could.

“It’s nice playing in front of a full crowd and to play on this beautiful court. Thank you very much.”

Up next for Barty is 29th seed Elena Rybakina, who beat Belgian Greetje Minnen 6-3, 6-4.

The former world No 1 had announced before the first Grand Slam of the year that she would retire after the tournament.

And on Wednesday she overcame Yastremska 7-5, 7-5 to reach the third round.

Wozniacki made a poor start as she was 5-1 eo2n in the opener, but pulled herself together to claim the win in two hours, and set up a clash against Ons Jabeur from Tunisia.

“It’s a little emotional for me.”@CaroWozniacki thanks the crowd on Margaret Court Arena for helping her through a tough second round match#AO2020 | #AusOpen pic.twitter.com/qklQ5qdW09

“She came out really flying. She hit so hard and so precise and I just didn’t know what to do,” the Dane said. “She started making a few more errors and I got a little more depth on the ball and tried to mix up the pace.

“Also the crowd really got behind so that was special.

“I was really nervous going into my first round match and I felt pretty calm, but it quickly became 5-1 and I thought hopefully I will be here for another 30 minutes. Just try and take it in.