Ashleigh Barty news: Meet the Liverpool superfan behind her success 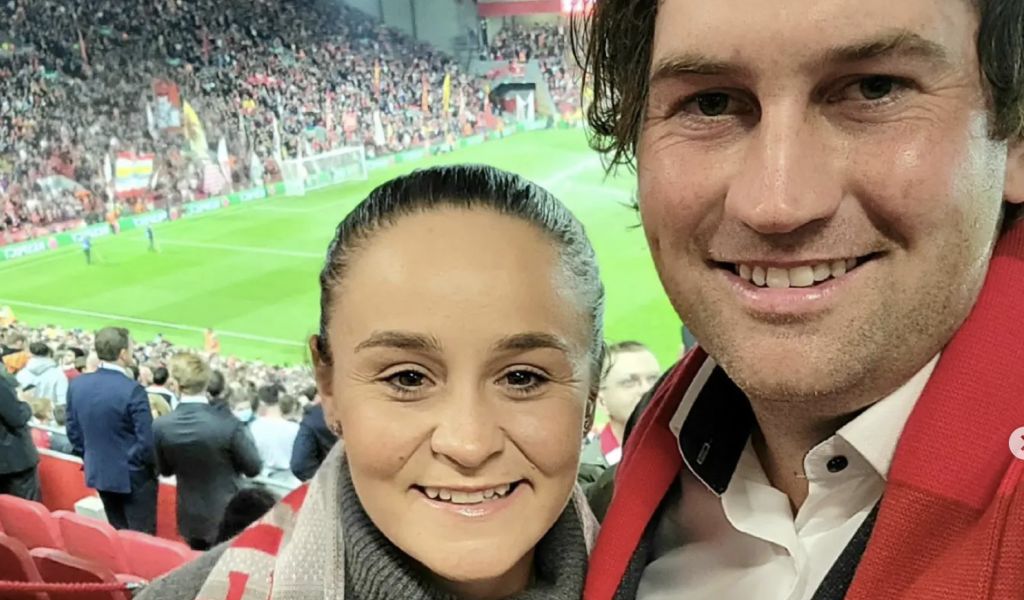 Ashleigh Barty crowned her tennis career as she became the first homegrown winner of the Australian Open in 44 years on Saturday and the man behind her happiness off the court was leading the chorus of applause.

Sitting in the front row of the players’ box and bedecked in his Liverpool FC facemask and cap, Barty’s fiance boyfriend Garry Kissick was overcome with joy as she won the title on Rod Laver Arena for the first time.

An aspiring professional golfer who works as an irrigation technician for the greens of the Brookwater Golf & Country Club in Brisbane, Kissick has brought happiness to Barty’s life in recent years after the duo met at the golf club where Kissick works back in 2016.

Barty is eager to keep her private life out of the spotlight, but she did speak about her relationship with Kissick in a recent interview with Vogue.

“He’s extremely patient with me, and when we met he didn’t know a lot about tennis,” said Barty.

He’s kind of been thrown in the very deep end in understanding what the tour is like and how much we’re apart, but he’s the best person to have around in the sense of switching off from tennis and being able to bring the fun and laughter.

“I certainly wouldn’t want to share this journey with anyone else.

Kissick posted an image of his night at Anfield with Barty for a Champions League match last year and now he was present to witness the greatest moment of her career, as she won her home Grand Slam by beating American Danielle Collins 6-3 7-6 (2).

“I think being able to understand how much work my team and I have done behind the scenes and over the last few years to get to this point, to be able to have this opportunity was really special. I think it just kind of all came out at once.”