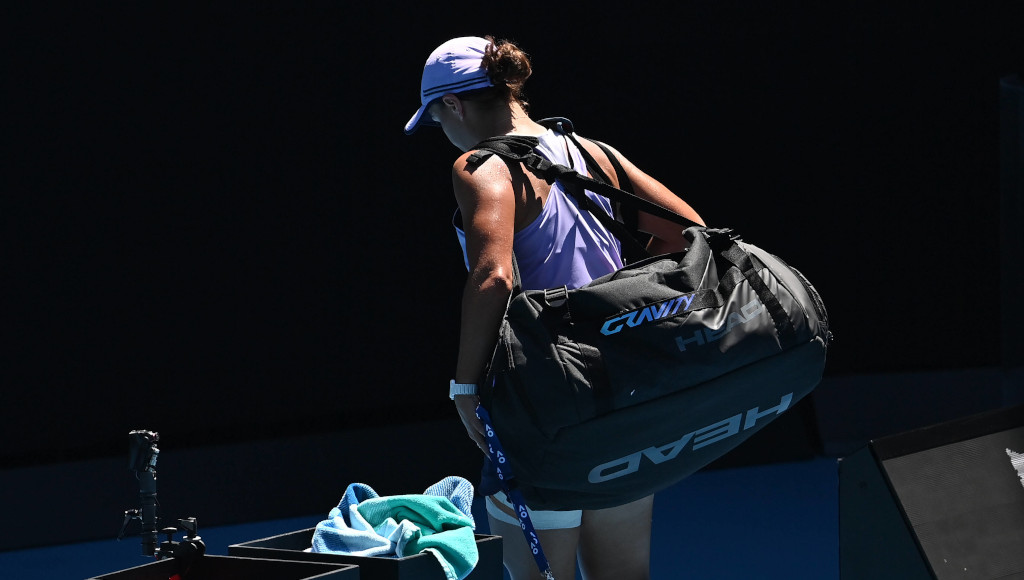 Whether it was the lack of crowds, lack of competitive matches the past year or the pressure of playing at home, Ashleigh Barty let another golden opportunity to win the Australian Open go to waste, writes Oli Jefford.

After cruising through her opening four matches at the Australian Open, the world No 1 looked a shadow of the player she can be as she fell to 25th seed Karolina Muchova in three sets.

The Australian needed to do very little to build a 6-1, 2-0 lead within half an hour on the Rod Laver Arena with Muchova struggling immensely with dizziness, though after the Czech took a medical time-out it was a different story.

Barty in total made 37 unforced errors to just 21 winners and her first serve, usually such a reliable weapon, was firing at just 54% as Muchova fought back and eventually prevailed 1-6, 6-3, 6-2 after what proved to be comfortable second and third sets.

It will undoubtedly be an agonizing loss for the top seed and that will be exacerbated by not only the fact that it was on home soil, but also by the fact she suffered a painful loss at the event last year.

Chin up, and focused on the positives no matter the result.

Barty held set points in both sets against Sofia Kenin in their semi-final in 2020, though could not convert as she fell in straight sets to the eventual champion, and it is possible that home expectation may be affecting her.

Many thought, perhaps not unfairly, that the lack of crowds over the past few days may have helped her cope with pressure, but on Wednesday the lack of crowd support may have left her incredibly flat and unable to find the energy to raise her level.

Considering what Barty has been able to achieve in what has been a fairly short career it would be a shame if pressure affects her at the Australian Open, particularly as she has found success in other events on home soil.

Less than two weeks ago she won the Yarra Valley Classic, a warm-up event held at Melbourne Park, whilst she won the title in Adelaide last year and is twice a runner-up at the event in Sydney.

However, it must also be considered that simply too much was expected of the former French Open champion at this event after barely playing in 2020.

Everything happens for a reason… Disappointed but we learn and we go back to work!

I love being an Aussie. I love the Aussie Summer pic.twitter.com/0SWEz2lx89

Due to travel concerns, Barty did not play once the WTA Tour resumed in August following its suspension in March, and her appearance at the Yarra Valley Classic was her first WTA Tour event in almost a year.

It is more than possible that the lack of matches over the past year or so caught up with her and that she will need a month or two to build up match sharpness as she looks to stay at world No 1 throughout the season.

A huge opportunity has been missed though. Barty would have been the favourite in a semi-final against 22nd seed Jennifer Brady, whilst a blockbuster final against Naomi Osaka or Serena Williams would have attracted attention both in Australia and across the globe.

It has been 43 years since an Australian won the singles title at the Australian Open, and Australian fans will now have to wait another year before Barty has another crack at breaking that duck.