Ashleigh Barty news: A 52-minute demolition job sets up clash against ‘one of the most athletic girls’ 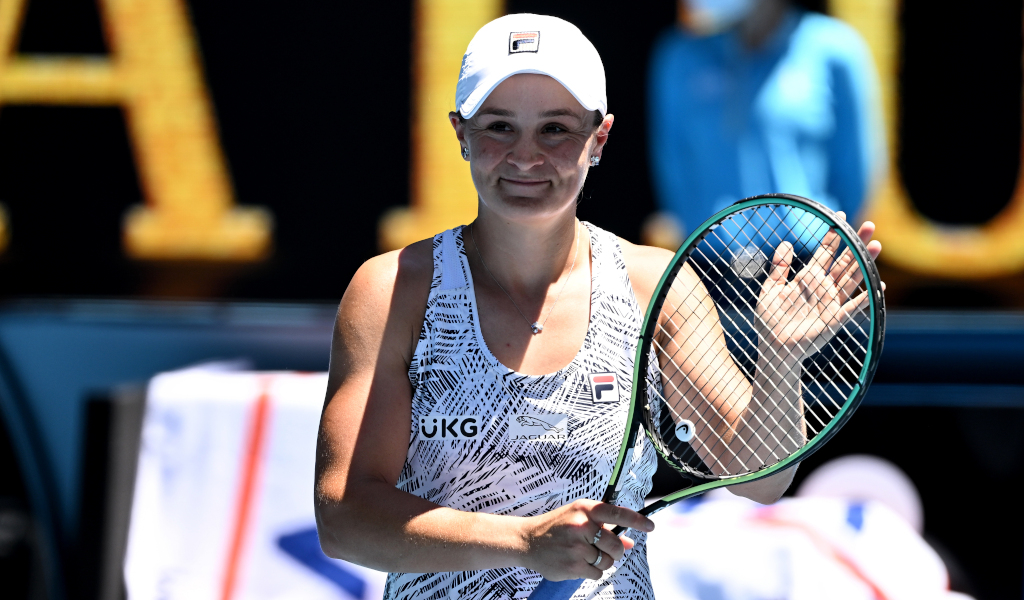 The Ashleigh Barty juggernaut rolled into the third round of the Australian Open as the world No 1 bulldozed her way past Lucia Bronzetti to set up a clash against the big-hitting Camila Giorgi.

After securing a 6-0, 6-1 win against Lesia Tsurenko in her opener, Barty followed it up with a 6-1, 6-1 victory over the unseeded Italian on Wednesday in a match that was eight minutes shy of the hour mark.

Two breaks of serve in the first set were followed up with three breaks in the second with the reigning Wimbledon champion in cruise control.

52 minutes is all @ashbarty needs to move into the third round, notching a 6-1 6-1 victory over Lucia Bronzetti.

“We are exactly where we are,” Barty said after her victory.

“I felt like we had a good preparation in Adelaide. We played well, played throughout tough matches. (Coach) Craig Tyzzer is the master.

“I feel like our whole team works extremely well together. We’re enjoying our tennis and being able to produce some pretty good stuff.”

The two-time Grand Slam winner is expecting a bigger challenge in round three as she faces Giorgi, who defeated Teresa Martincova from the Czech Republic 6-2, 7-6 (7-2).

The 30-year-old Giorgi, who won the Canadian Open last year, is known for her powerful hitting and Barty expects a tough encounter.

“She is an incredible ball striker and one of the most athletic girls out there,” the Australian said.

“I have to be able to neutralise and be aggressive when I can, but also be able to accept the fact that not always am I going to have it on my terms.

“She has the ability to hold baseline, to control the centre of the court, be super, super aggressive off her serve and first shot.

“She has the ability to hit you off the court without realising it’s happening.”