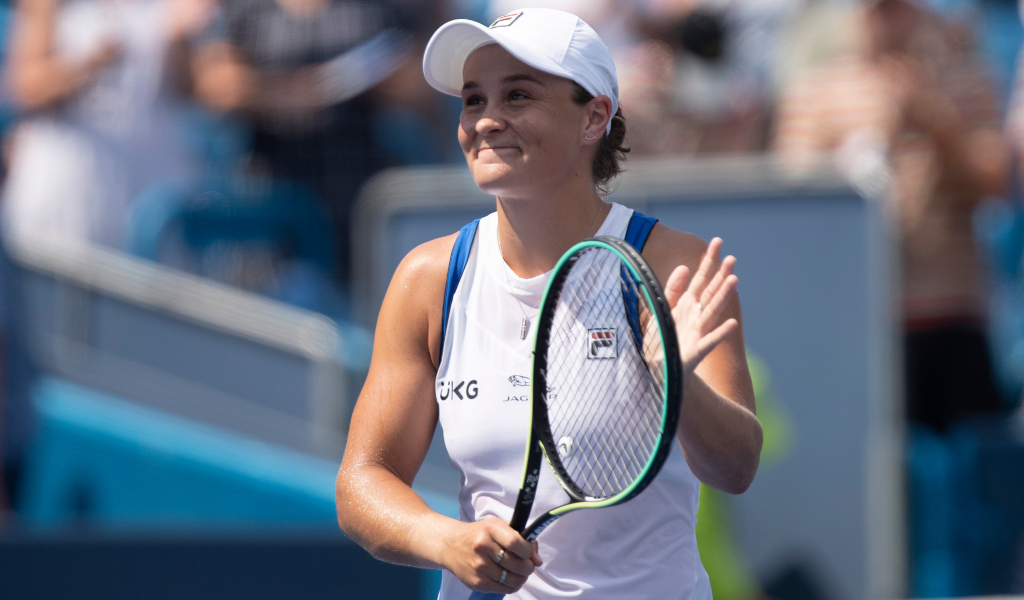 Ashleigh Barty made a strong start at Melbourne Park as she kicked off her quest to win her maiden Australian Open title, claiming a 6-0, 6-1 victory over Lesia Tsurenko in under an hour.

The world No 1, who has won fourteen singles titles and twelve doubles titles on the WTA – including the 2019 French Open and the 2021 Wimbledon Championships – required just 54 minutes to beat the Ukrainian, who gave her a scare in 2019 in Melbourne when she had to come back to claim a 5-7, 6-1, 6-1 win.

🇦🇺 @ashbarty drops just one game on her way to a 6-0 6-1 victory against Lesia Tsurenko to reach the #AusOpen second round.

“I think I did a pretty good job of winning first and second points. And if I didn’t, I was able to call that back and not dig myself into a hole where I was fighting off two or three breakpoints in a row,” Barty told media.

“I think being able to manage service games has been really good, but also not trying to over emphasise the fact that if I do get behind in games it’s a bad thing.

“I’m not one for stats at the best of times, but I think obviously the last five or six matches I felt like I found a really good rhythm on my service games.

“I’ve been able to serve my way out of some tricky spots and play some 30-30 points, while not falling too far behind in service games. [It’s] been a massive part of my week in Adelaide and again tonight.”