At the age of 32, Rafael Nadal has plenty of new tricks up his sleeve 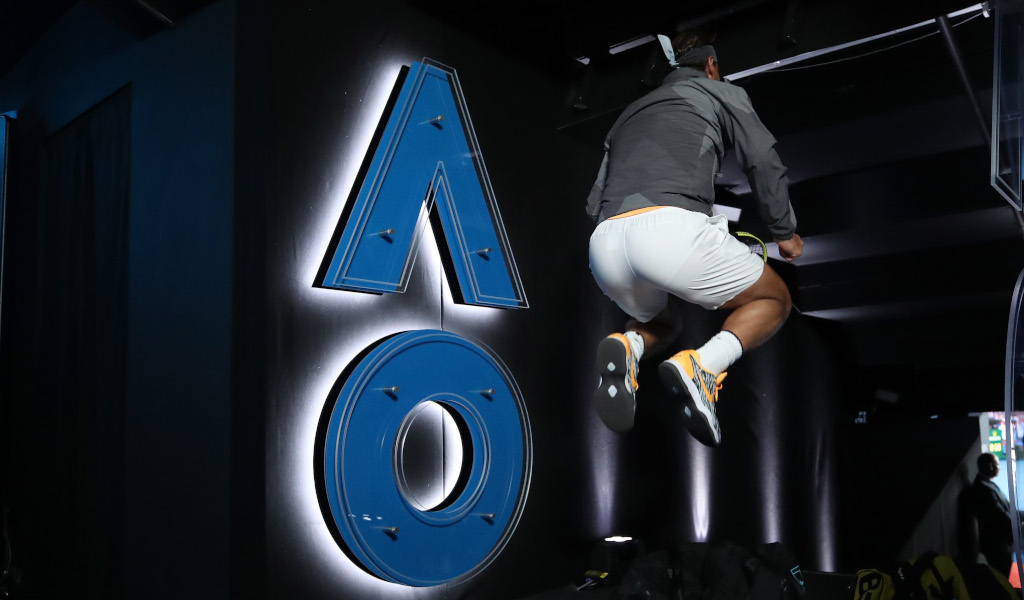 Staying at the top of any sport for more than 15 years means you constantly have to evolve your game, and that’s exactly what Rafael Nadal is doing.

The Spaniard is 32, but there is no sign of letting up as he proved during his demolition job in the semi-finals of the Australian Open where he brushed aside 20-year-old Stefanos Tsitsipas 6-2, 6-4, 6-0.

His coach Carlos Moya revealed at the end of 2018 that he would be more aggressive come the new season.

“Joan Forcades (Nadal’s physical trainer), Francisco Roig and I are preparing Rafa to be a more aggressive player – even more so than he has been throughout his career,” he told ATPTour.com.

It is one thing to say you will be more aggressive, but another thing to pull it off during matches.

Unless of course you are Rafael Nadal.

“Is nothing new that I am aggressive,” the 17-time Grand Slam winner said after his win over Tsitsipas.

“The problem with myself is because I had a lot of success on clay people probably think I am not aggressive. People (who) think that are completely wrong. That’s the real thing, no?

“Of course, I am not doing serve and volley. I am not hitting winners every ball. But I play all the shots with a goal. There is not better way to be aggressive than hit every shot with the goal to create damage on the opponent. That was my goal during all my career.”

Then there is the serve. He knows he has never had the first serve of a Roger Federer, but he admitted before the Australian Open that “the serve was always a thing that I tried to improve, and I think I did. Maybe it was the time to try to make one more step, no? That’s what we are trying.”

So far he certainly practiced what he preached during the first Grand Slam of the year.

“Today I can do that damage little bit earlier than before because during this event I have been serving great,” he said.

“So when you serve great, then the first ball normally is a little bit easier. That’s probably the only reason. I had the determination to make that happen. That’s all.

“I can’t play like Roger when I don’t have the serve of Roger. You know, Roger have a lot of free points, have lot of times that he starts with the serve, then he have a not-very-difficult forehand. Was not my case during all my career because I never had that serve.

The Nadal of this year is of course different from the one from the one who dominated a decade ago and he doesn’t like to compare the two.

“Today I have to adapt my game to the new time and to my age, that’s all. That’s what I did during all my career, just try to adapt my game with the circumstances that I went through. That’s the only reason why at this moment I’m still here competing at high level.

“I know during that 15, 16, 17 years of my professional tennis career, I (was) going to lose things on my way, so I need to add new things. That’s what I tried to do during all my career, to improve the things that I can improve.”