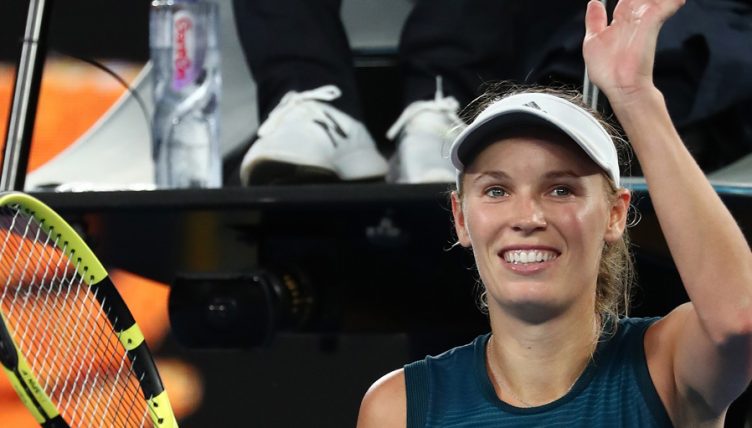 Number three seed and defending champion Caroline Wozniacki got her Australian Open defence off to a solid start in Melbourne.

Wozniacki was paired with Alison Van Uytvanck in the opening round, and sailed through it to claim a 6-3 6-4 win.

It was a routine win for the Dane, who looked like she was playing within herself throughout.

Her next assignment will be Sweden’s Johanna Larsson, with a possible blockbuster against Maria Sharapova to come in the third round.

She’ll be joined in the second round by Ashleigh Barty, who was far too good for Thailand’s Luksika Kumkhum.

The top-ranked Australian woman cruised to a 6-2 6-2 win.

“We have split both times we have played so I knew I had to be ready, it took me a while to adjust to the court and a few things but I feel like I am hitting the ball well so I am happy to get through in pretty straightforward fashion,” Barty said.