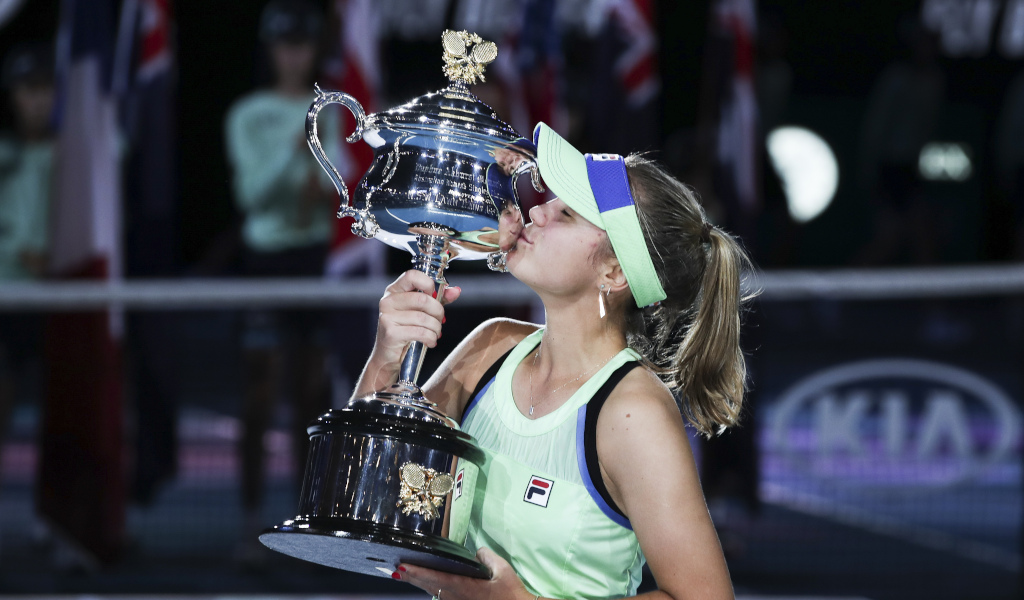 “Things are happening” for Sofia Kenin and it is not down to luck with the newly crowned Australian Open champion saying her “crazy smart” father, her self-confidence and hard work all played a key role.

The American started the season-opening Grand Slam at Melbourne Park as a ranked outsider, but she went on a dream run and beat world no 1 Ashleigh Barty in the semi-final and then followed it up with a stunning come-from-behind win over two-time major winner Garbine Muguruza in the final.

The dream started at the age of five and her father Alex became a self-taught coach and he was still by her side when she lifted the Daphne Akhurst Memorial Cup on Saturday.

I’m living a dream! So happy to lift this beautiful trophy 🏆 All of the years of hard work and dedication have brought me here! It feels so special, so happy to share this all with you! These 2 weeks have been amazing 😉 Thank you for your support ❤️❤️❤️ pic.twitter.com/Ox08DCaJsm

“Just thank you to him. We can share this forever,” the 21-year-old said.

She added: “He saw I had talent and we said ‘let’s just go for it and do this professionally for my life’.

“He knows what he is talking about and comes up with the right plans and the right strategies. He just knows it.

“He did it by learning the whole experience. He is crazy smart.

“We’ve been dreaming about this. It’s a dream come true for us. He’s told me a lot of positive things. He knows exactly what he’s talking about. Even though I don’t like to admit it sometimes, to tell him he’s right. Yeah, he really works hard. Just thank you to him. We can share this forever.”

Her rise has been steady as she won her maiden WTA Tour title in January 2019 and added another two trophies in June and September.

She finished the year as the world No 14 and was also named WTA Most Improved Player of the Year.

“I knew I needed to establish myself to get to where I am. All the confidence has come with all the matches that I’ve had, the success I’ve had in 2019,” Kenin said.

“Match play has really helped me. All the confidence that I’m getting is because of that. I see that things are happening for me. Everything is just falling into place.”

She added: “2019, I started off great with a first WTA title in Hobart. After that things just took off. I had a great run in Paris. Played my idol, Serena [Williams].

“Lost to Ash [Barty] there. Got the revenge here… I knew I had to establish myself to get where I am. All the confidence has come with all the matches that I’ve had, the success I’ve had in 2019. WTA Most Improved Player of the Year, FYI.”

The 21-year-old will climb to a career-high No 7 when the new WTA Rankings are released on Monday, which will make her the new American No 1.

Asked if she could become the world No 1 this year, she replied: “I don’t know, but I hope so.

“I would love to. That’s my dream, that’s what I thrive for and what I hope to get to.”