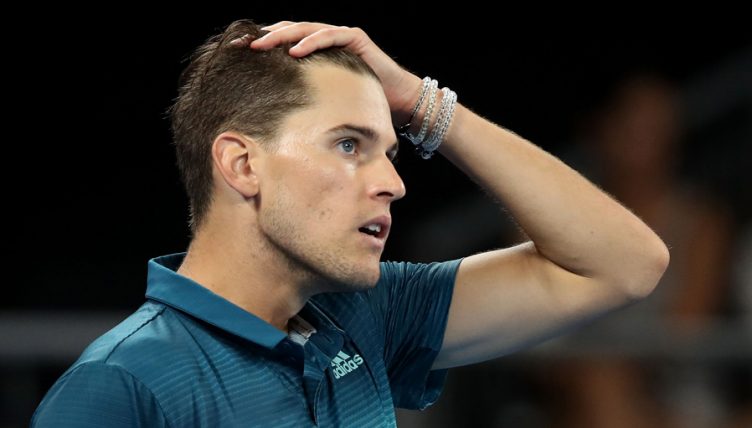 Thiem need five sets to get through his first round match and called for the trainer citing general fatigue.

“It is never easy winning like this – Dominic played a tough first round,” Popyrin said.

“I always thought that I was in the match to be honest but when I won the second set is when that thought really kicked in and that I could actually win the match.”

Wawrinka, meanwhile, lost in an absolute epic to Milos Raonic.

The Canadian came out on top despite every one of the four sets going to a tiebreak.