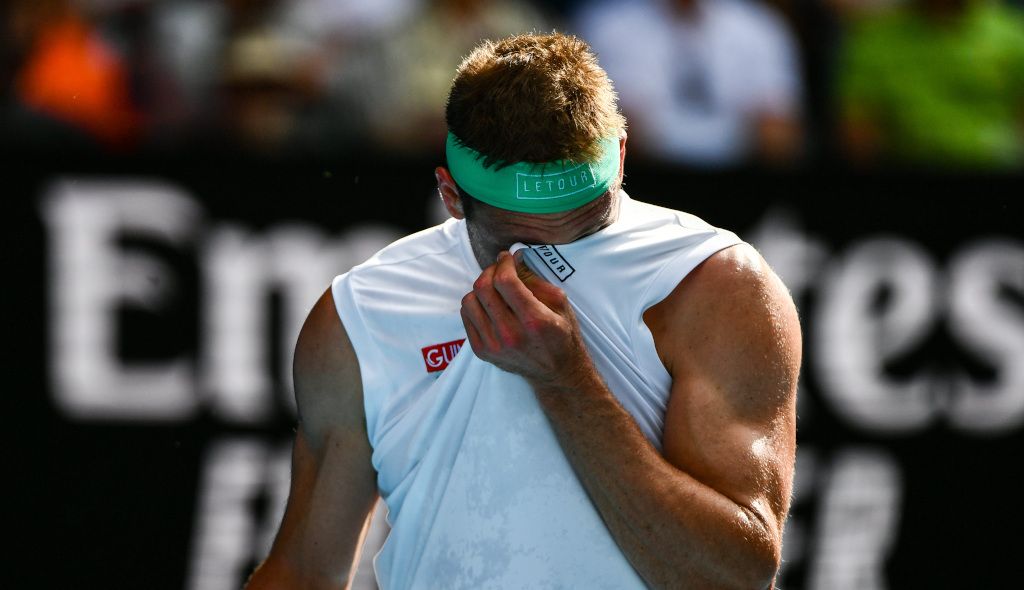 American tennis player Tennys Sandgren claims he was allowed to board a charter flight to Melbourne for the Australian Open despite testing positive for the coronavirus.

The state of Victoria has imposed “the strongest, the strictest rules” for tennis players ahead of the 2021 season-opening Grand Slam as players, officials and support staff will arrive via 15 chartered flights over the next few days.

Players had to be tested before they boarded the flights and Sandgren claimed that he had returned a positive result earlier in the week.

He initially suggested in a tweet that he was unlikely to travel, but “Atleast I get to keep my points”.

Yet pcr tests are the “gold standard”?

Atleast I get to keep my points 😂

However, after several more tweets he confirmed that he is “on the plane” and headed to Melbourne, before declaring Tennis Australia and Australian Open Tournament Director Craig Tiley “a wizard”.

Wow I’m on the plane

Maybe I just held my breath too long..

Craig Tiley is a wizard

Australian Open officials later released a press statement to explain the reasoning behind the decision to allow Sandgren to board the flight.

“Anyone waiting to travel to the AO who has previously tested positive to COVID-19 is required to provide additional and highly detailed medical information as proof they are a recovered case and no longer infectious or a risk to the community,” the statement said.

“In the case of Tennys Sandgren, who has self-disclosed that he previously tested positive in late November, his medical file had to reviewed by Victorian health authorities. Upon completion of that review he was cleared to fly.”

World No 50 Sandgren is set to make his fourth main draw appearance at the Australian Open. He reached the quarter-final in 2020, losing in five sets against Roger Federer after failing to convert seven match points.