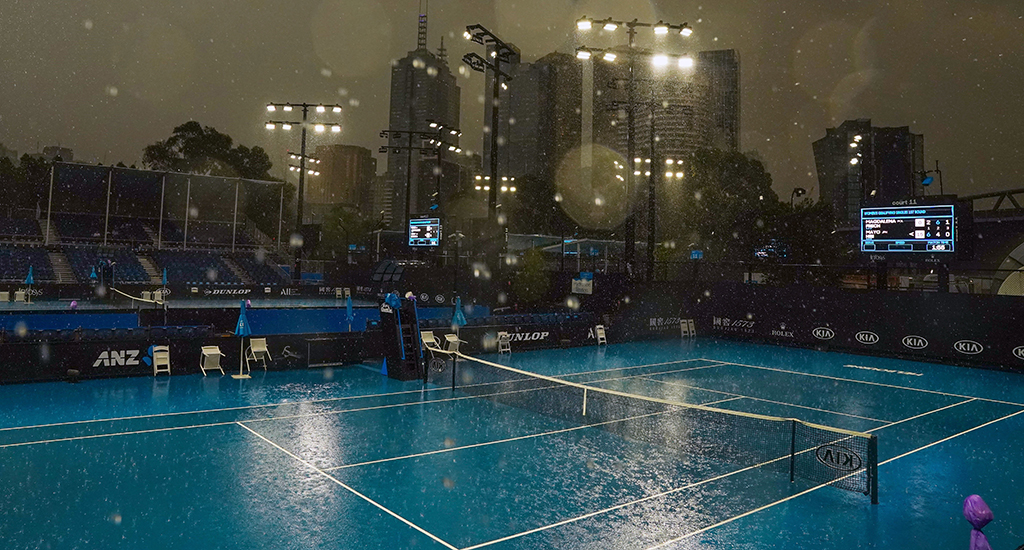 Play at the Australian Open was delayed on Friday due to the after-effects of a dust storm that hit Melbourne on Thursday night.

Heavy rain brought with it a large amount of earth and, although conditions improved on Friday morning, the outside courts were covered with a thin layer of dust and had to be cleaned before matches could start.

Last week qualifying was disrupted by smoky haze from the wildfires while the first day of main draw action on Monday coincided with the wettest day in the city for nearly a decade.

Play actually now suspended until 2pm on a large number of courts. Some of them are in quite a mess. With the benefit of hindsight, surprised that covers weren’t put over the courts last night.

“Due to the rain and dust overnight the outside courts need high pressure cleaning, which is currently underway,” the Australian Open official Twitter account announced.

Matches did eventually get underway, but there was another brief break later on the showcourts for the roofs to be closed again as the rain returned.

Weather has seriously disrupted the competition so far, with an astonishing 88 matches completed on Tuesday due to persistent rain delaying many first rounds clashes.