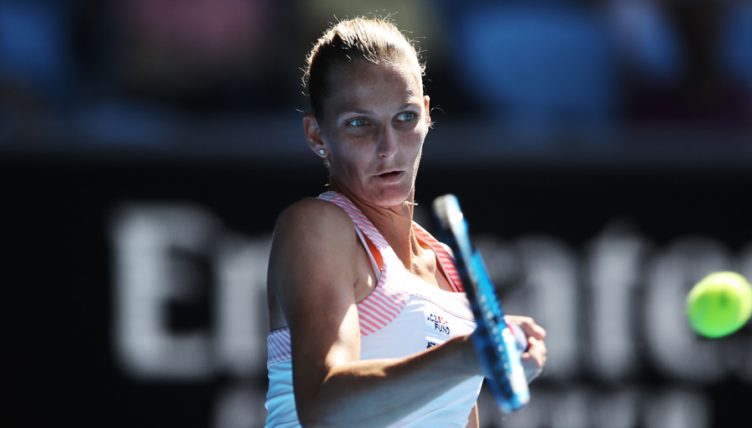 Karolina Pliskova was far too good for Garbine Muguruza at the Australian Open, brushing her aside in straight sets to move into the quarter-finals.

The seventh seed, seeking her first Grand Slam title, was close to her very best as she secured a 6-3, 6-1 success.

Pliskova actually started slowly, and went a break down to former Wimbledon champion Muguruza in the first set.

She, though, was able to raise her game and come blasting back, eventually hitting 23 winners and five aces on Margaret Court Arena.

“Everything is working well,” says @KaPliskova 💯

The furthest Pliskova, a former world number one, has got in a Grand Slam was the semi-final of the French Open in 2017.

However, she will have to go through either Simona Halep or Serena Williams next if she is to match that performance in Melbourne.