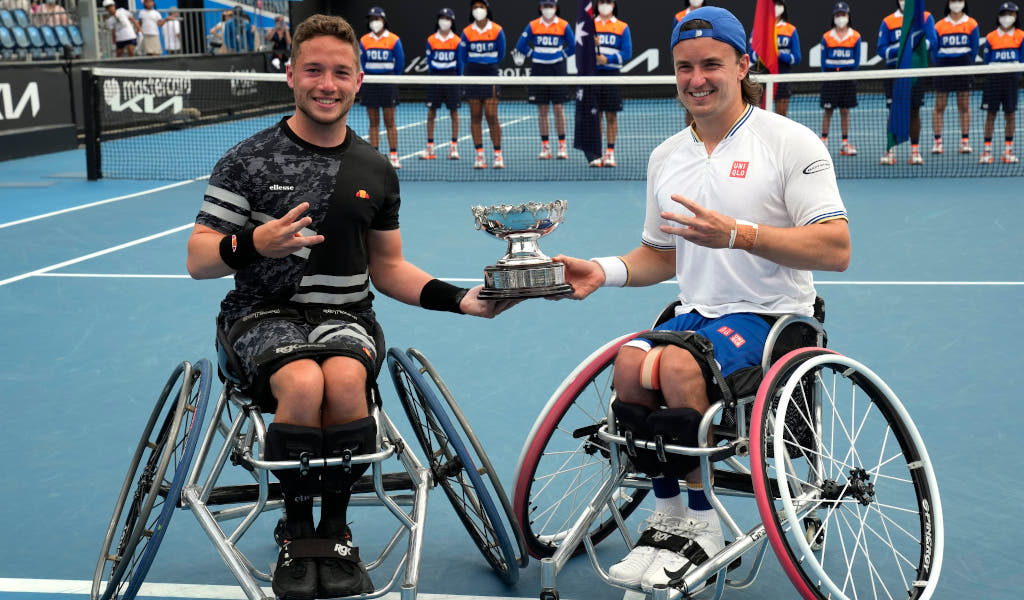 Alfie Hewett and Gordon Reid made tennis history by winning a ninth consecutive Grand Slam title at the Australian Open.

The British pair defeated Argentina’s Gustavo Fernandez and Shingo Kunieda of Japan 6-2, 4-6 (10-7) in the final of the wheelchair men’s doubles at Melbourne Park.

Their success meant they broke the tie they held with Martina Navratilova and Pam Shriver, who won eight consecutive women’s doubles titles between Wimbledon in 1983 and the French Open in 1985.

Hewett and Reid have not been beaten in doubles at a Slam since Wimbledon in 2019, winning back-to-back calendar Grand Slams.

Hewett has the chance to make it a double trophy celebration on Thursday when he takes on Kunieda in the singles final.

Lucy Shuker and Japanese partner Yui Kamiji put up a good fight against top seeds Diede De Groot and Aniek Van Koot before going down 7-5, 3-6 (10-2) in the women’s doubles final.