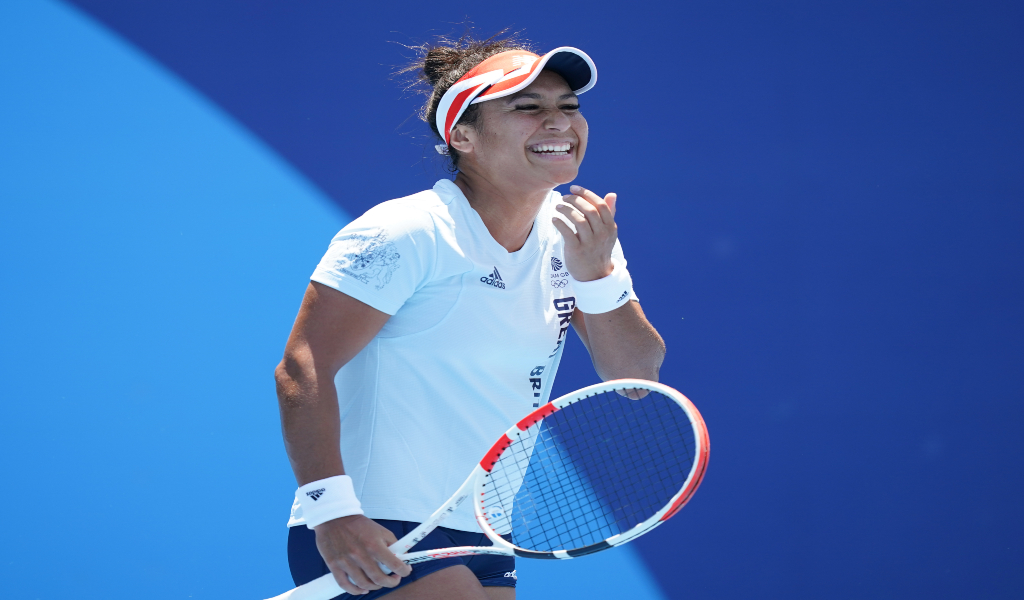 British No 2 Heather Watson won her first match in a Grand Slam for a year when she beat Mayar Sherif in the opening round at the Australian Open.

Watson wasn’t in form at all recently as she found herself in a seven match losing streak, but she successfully broke it at the Adelaide International last week and now she’s secured a 6-3, 5-7, 6-2 victory in Melbourne.

The former British No 1 has revealed that she’s fallen in love with tennis again following her pre-season in Florida.

“I’m really happy to get through this one because the last couple years have not been good for me,” Watson said.

“I had a great pre-season in Florida and I found my love and joy for tennis and competing again. I feel like the last couple years I felt really anxious before matches, just really not even wanting to go out there, but trying to get over it because I know in sport there’s always ups and downs.

“Today I was excited to play. I couldn’t wait to get out on the court.”

Watson has split with her touring coach Alex Ward, but she still works very closely with Pat Harrison, an American coach in Florida, and she credits him with getting her match fit again after the Covid lockdowns.

She said of Harrison: “He’s just such a positive person and he has so much love for tennis. We were on the court four hours a day minimum because that’s what he’s like. I got out of shape, like a lot of people in Covid, but I feel super-fit and strong and good about myself.

“I know that maybe in a month or in a few weeks maybe I won’t enjoy it so much because I’ll have a hard loss, but I have that experience to know that it comes and goes, so you’ve just got to ride the wave and I’m riding my positive wave right now.”

The Guernsey-born star will now face Tamara Zidansek in the next stage of the competition and she’ll be looking for revenge as the Slovenian narrowly beat her at the Adelaide International.

Dan Evans also claimed victory in the first round of the Australian Open, beating No 45 David Goffin 6-4, 6-3, 6-0 to join fellow Brits Watson and Andy Murray in the second round.

Evans has had a great start to the season so far, not only did he make it past the Belgian player in Melbourne but he secured three wins in the ATP Cup for Great Britain and he also made it through to the semi-finals of the Sydney Tennis Classic last week.

Briton Harriet Dart has also started off her season strong but this means she was rewarded with a tough draw in Melbourne.

Dart, who made it to the Wimbledon mixed doubles final with Joe Salisbury last year, won three matches to qualify for the Australian Open and played Iga Swiatek in the opening round of the tournament at the Rod Laver Arena.

This is the third time in four years that Dart has made it to the main draw and although she lost with a double bagel score line in 2019 when she played Maria Sharapova, the 25-year-old came back the following year and played much better in her game with Romanian Simona Halep.

“Of course to play such a champion on a big court, these are the matches you do play tennis for,” Dart said.

“At the same time, it would be nice to have a few matches before you get that opportunity.

“But you do find where your level is at straight away against such a big opponent. Hopefully I can put myself in a position where I can do better in these matches and just keep improving my game.

“I really feel that everything is going in the right direction, so that’s something to be really positive about.”

Although Dart didn’t make it to the second round, Evans will play either Arthur Rinderknech or Alexei Popyrin in the next stage, Andy Murray will face Japanese player Taro Daniel and Watson will play Tamara Zidansek.