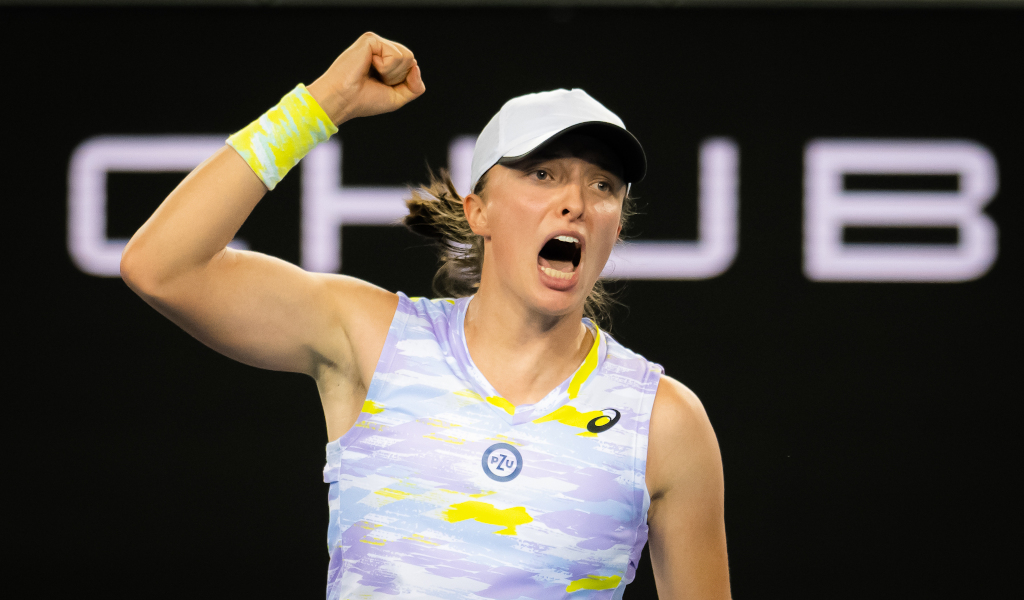 Iga Swiatek showed her fighting spirit again at the Australian Open to defeat Kaia Kanepi and set up a semi-final against Danielle Collins.

Seventh seed Swiatek went into her quarter-final against Kanepi as the only top-20 player left in the bottom half of the draw and kept her hopes alive of claiming a second grand slam title with a 4-6, 7-6 (7-2), 6-3 victory.

Estonian Kanepi has a long-standing reputation for toppling big names at Grand Slams, with her fourth-round victory over second seed Aryna Sabalenka her ninth against a top-10 player at the majors.

Now 36 and ranked 115, Kanepi was trying to reach her first Slam semi-final, and she finally clinched her ninth set point to take the opener.

But Swiatek had battled from a set down to beat Sorana Cirstea in the previous round and she dug deep again, her efforts summed by some remarkable scrambling on match point.

“I had so many break points (nine) in the first set that I felt like I missed my chances,” the Pole said.

“I was pretty annoyed and I should have been focused on the next point. And that’s what I did in the second set exactly that.

“They are easy things to do but they are working. I felt like she was playing so fast that I couldn’t be tight. so I had to finish my forehands basically. That was enough.”.

Collins had a more straightforward time of things in her quarter-final against Alize Cornet, pulling away after a tight first set to win 7-5, 6-1.

It is a second Slam semi-final for the 28-year-old American, who also reached the last four here in 2019. 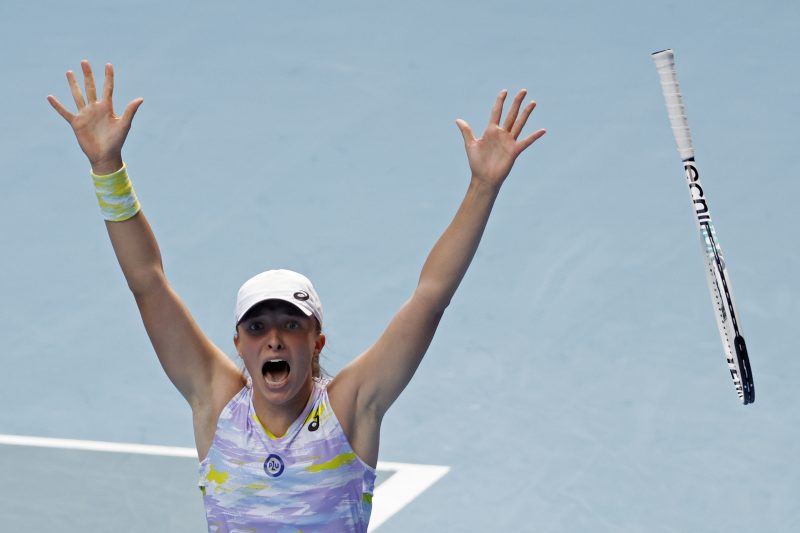 Collins has rediscovered her best form since surgery last spring for endometriosis, where she had a cyst the size of a tennis ball removed.

“It finally got to the point where I couldn’t deal any longer with it physically or mentally. Once I was able to get the proper diagnosis and the surgery, I feel like it’s helped me so much not just from a physical standpoint but from a mental standpoint.

“When you’re dealing with that type of physical pain multiple weeks out of the month, you’re not putting yourself in a position to be able to perform consistently and to be at your best, whether as an athlete or a person.”

🇺🇸 Danielle Collins fights her way back into the #AusOpen semifinals with a straight-sets win over Cornet! pic.twitter.com/BzqEvWLp4X

Collins was late turning professional after going to college in the United States but does wonder what she could have achieved on court with an earlier diagnosis.

She said: “I do think had I had the diagnosis a little bit earlier, it certainly could have benefited me. But it’s just one of those things that didn’t happen, so now it’s great that we know what was going on, we were able to go in surgically and fix it. Now I’m able to live my best life and be able to feel like a normal person.”

Cornet was playing in her first slam quarter-final at the 63rd attempt, and the experience has given her a new appreciation for major champions.

“The first thought that comes to my mind right now is that I have eternal respect for the Grand Slam winner because it’s such a long way,” she said.

“My God, I have the feeling I’m playing this tournament for a year. I’m so exhausted mentally, physically. When you go all the way and win these freaking seven matches, it’s just huge.”

Cornet made headlines around the world for the emotion of her fourth-round victory over Simona Halep.

She said. “I had like 500 texts and I responded to all of them. I think maybe I lost a little bit of energy on this that I could have kept for my next match.

“At the same time, I don’t have any regrets because this was something I was waiting for for such a long time. I just wanted to take this love and enjoy it. Maybe next time I’ll handle it differently, for sure.”