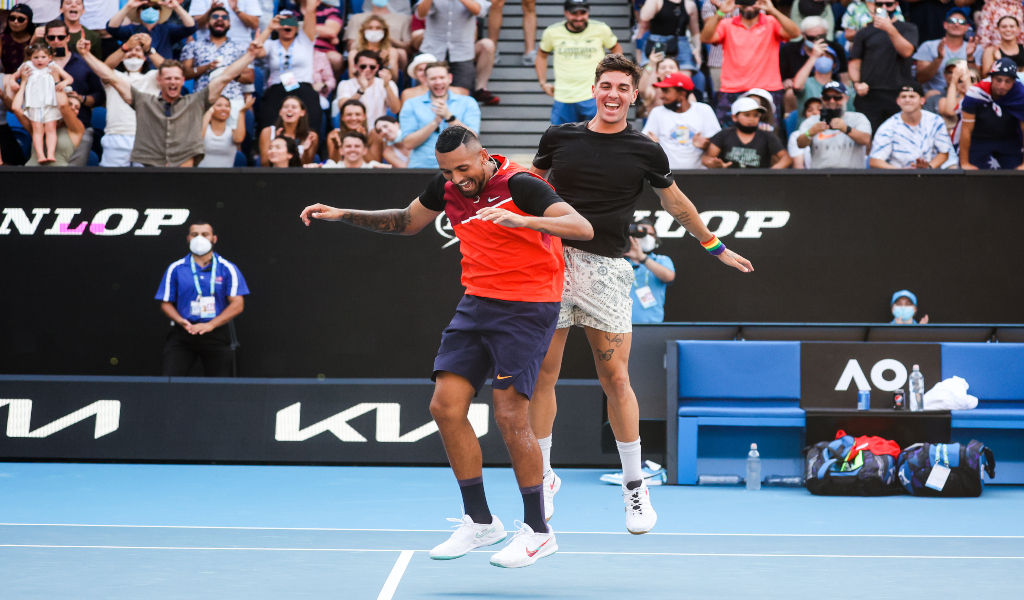 Men’s doubles pairing Nick Kyrgios and Thanasi Kokkinakis kept their Australian Open hopes alive by progressing to the quarter-finals after beating Uruguayan Ariel Behar and Gonzalo Escobar from Ecuador in the third round.

Kyrgios and Kokkinakis’ previous match caused a massive upset as they knocked out the top seeds at the tournament – Nikola Mektic and Mate Pavic – then Kyrgios accused the trainer and coach of the Croatians of threatening him.

But it seemed the Aussies put that to the back of their minds and claimed their first ever quarter-final at a Grand Slam place in front of a lively home crowd on Kia Arena, winning 6-4, 4-6, 6-4.

The Special K’s show rolls on 👊

However, there was disappointment for Jamie Murray and Bruno Soares as they were taken out of the competition by Simone Bolelli and Fabio Fognini from Italy, losing 3-6, 6-7 (7), 6-3.

Murray and Soares had a bright start to the game, they were leading 5-1 in the opening set and got a match point in the second set tie-break, but it wasn’t meant to be for the British-Brazilian duo.

Elsewhere, Brits Joe Salisbury and Neal Skupski will be playing their third round doubles matches on Monday, with Salisbury and his partner Rajeev Ram playing Li Tu and Dane Sweeny for a place in the quarter-final.

While Skupski and Wesley Koolhof will face Kwon Soon-woo and Marcos Giron to try and reach the last eight at the Australian Open.