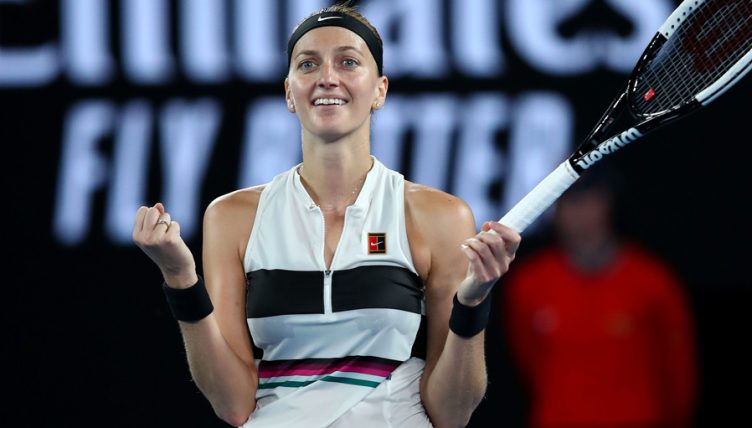 Petra Kvitova is into her first Australian Open final after a fine 7-6 (7-2), 6-0 win over American Danielle Collins.

The Czech eighth seed stared slowly in a tight first set, but peaked at the right time to take a lead.

As it turned out, the last game of the first set was the last one Collins won, as Kvitova romped to victory.

The extreme heat required the roof to be closed at 4-4 in the first set, which probably favoured Kvitova more than Collins, but it was a dominant performance in the end.

“It means everything to be in the final,” said the two-time Wimbledon champion.

“I worked very hard to be in finals of tournaments.

“I will really enjoy the final. Whatever happens I’m really, really happy.

“The first set I was really nervous. I didn’t have a full swing.

“I actually was happier than the fans when the roof closed. I like playing indoors.

On facing either Karolina Pliskova or Naomi Osaka in the final, she added: “They are both great.

“Karolina had a great match against Serena Williams and Osaka is playing well. Karolina is the bigger server.”