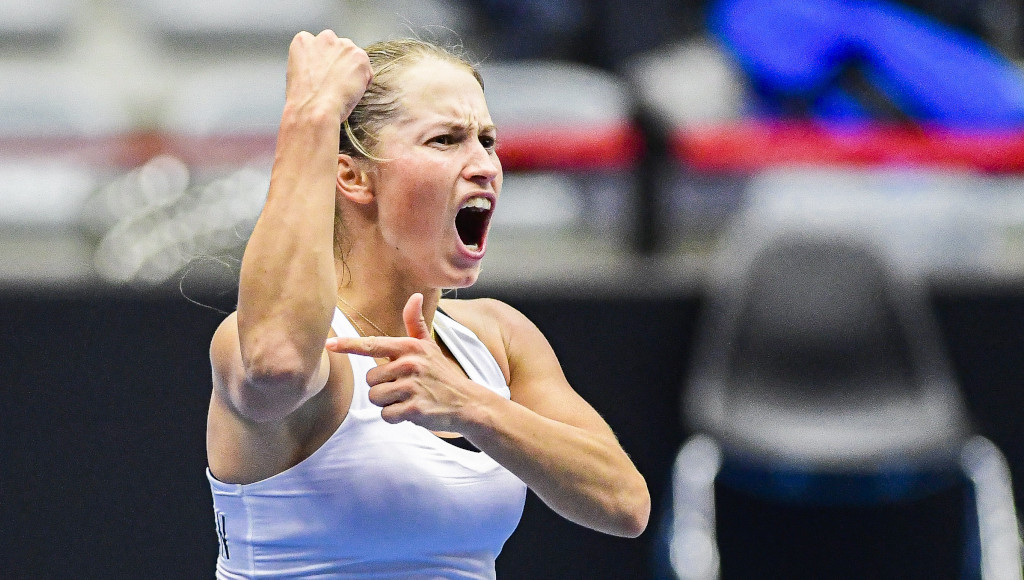 Sergiy Stakhovsky vs Mark Petchy, Roberto Bautista Agut vs the Victorian government, Yulia Putintseva vs Rennae Stubbs and countless of other rows have erupted on social media in the build-up to the 2021 Australian Open.

Tension started to build shortly after 72 players were forced to go into hard quarantine on the back of a couple of people testing positive for coronavirus shortly after their chartered flights touched down in Melbourne.

Many players expressed their unhappiness with the food on offer, the small hotel rooms and the number of days they have to stay confined to their rooms, amongst other things.

While some people have had sympathy with the players, a lot of Australians have been critical while government officials have also insisted they won’t change the quarantine restrictions.

However, the frustrations are boiling over on social media as the players, ex-players, pundits and fans are taking swipes at each other.

After two-time Australian Open winner Victoria Azarenka posted a message to call on her “colleagues for cooperation, understanding and empathy for the local community”, Ukrainian world No 201 Stakhovsky took offence after Amazon Prime pundit Mark Petchy applauded the Belarusian’s post.

Whaaaaattttt ?? Where is your lecture about “lack of food” etc??
Suddenly you agree to the term”tough”?? What happened !??

And then it escalated as Stakhovsky was not happy with how Petchy reacted to his comments about quarantine and he hit back with some screenshots.

Just so that we are clear @_markpetchey comments on basically close to same comments from 2 players, I was a good player the other one GREAT. pic.twitter.com/LdYZlZBhor

Then there is also Roberto Bautista Agut criticising the Victorian government for imposing strict quarantine regulations, comparing his stay in his hotel room to “jail, but with WiFi”.

Exclusive: world number 13 @BautistaAgut rips the authorities in Australia ahead of AUSTRALIAN OPEN. “It’s like a jail here” pic.twitter.com/PWwQL7ngES

He added: “It’s not Tennis Australia, it’s the people from the government.”

Of course, both the Australian and Victorian governments have rejected requests from world No 1 Novak Djokovic to relax some of the quarantine regulations, which are being imposed to protect people against the spread of the coronavirus.

Kazakh Putintseva took to Twitter to complain about the lack of fresh air in hotel rooms.

And she then repeated the request on Twitter, but this time former player and current commentator Rennae Stubbs challenged her.

Putintseva retorted “Maybe you dont but i do!” and continued “im not in the 5 star hotel Face with tears of joy are kidding im in the room with mouses and spiders”.

all i hear is 100K everywhere🤦🏼‍♀️ you the one to know how much money,time and everything we spend before coming to the grand slam!!! I wouldnt come for your 100AUDk if we have to lose all our fitness and tennis shape to sit in the room for 14 days with mouses inside

Alize Cornet vs the Australian public

Of course there was also French player Cornet apologising to the Australian people over the weekend after being critical of conditions.

“Your reaction to this tactless comment made me realize what you’ve been through last year & how much you suffered,” she wrote.

After my last (deleted) tweet I feel like I need to apologize to you Australian people. Your reaction to this tactless comment made me realize what you’ve been through last year & how much you suffered. I guess I feel a bit anxious about all this & I better have shut my mouth
1/2