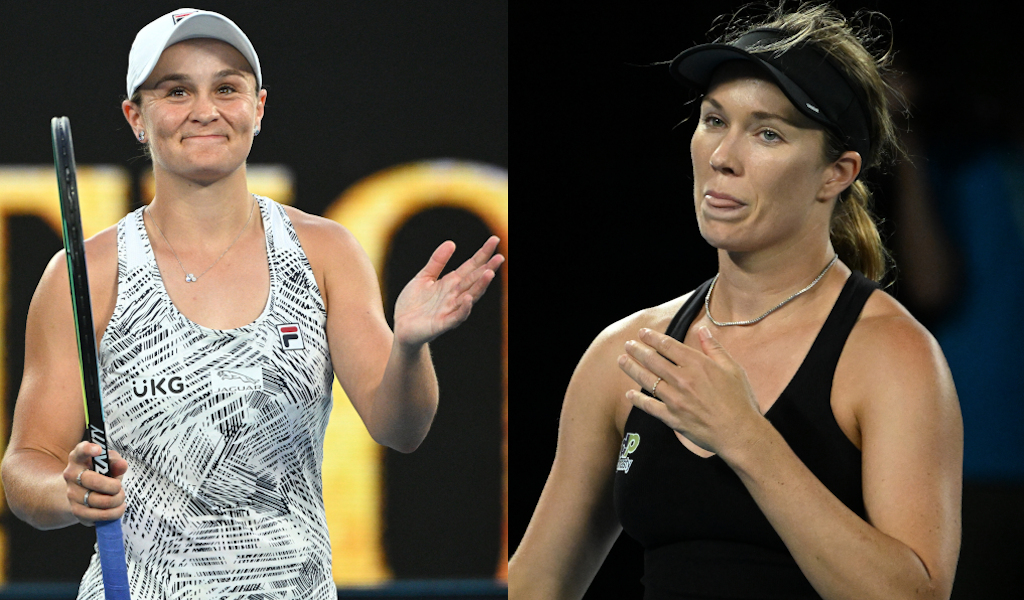 One will be gunning for a bit of Australian history while the other is aiming to win a maiden Grand Slam so the Ashleigh Barty vs Danielle Collins Australian Open women’s final is sure to fire up the Melbourne Park crowd.

World No 1 Barty was the pre-tournament favourite and she has looked every bit the player to beat at the season-opening Grand Slam. But there is quite a bit weight on her shoulders as she is hoping to become the first Australian woman since Chris O’Neil in 1978 to win their home major.

The Australian will be playing in her third Grand Slam final, having won the 2019 French Open and Wimbledon last year.

On the other side of the net will be Collins who will be playing in her maiden major final with her previous best display at one of the big four tournaments a semi-final run at Melbourne in 2019.

Collins’ dream run at Melbourne Park means she is already assured of reaching the WTA top 10 for the first time when the rankings are updated next week, but lifting the trophy is the ultimate aim.

It all comes down to

After a surprise third-round exit from the US Open last year, which turned out to be her last event of 2021, Barty has been unstoppable in 2022, winning 10 matches in a row – four en route to winning the Adelaide International and six at the Australian Open.

Her form at Melbourne Park, in particular, has been a level above everyone else as she is yet to drop a set, with only Amanda Anisimova managing to break her serve.

She has also only dropped 21 games so far.

A win on Saturday would give Barty a major title on each surface. pic.twitter.com/i0zuDkR8IB

Collins, who also exited the 2021 US Open in the third round, didn’t play any warm-up matches before the Australian Open. But who needs to play in these tournaments when you can save that energy to secure a spot in the final?

The American has gone the distance in only two of her matches – against Clara Tauson and Elise Mertens – but has spent 10 hours and 37 minutes on court compared to Barty’s six hours.

They have met four times at top-level tennis and Barty leads the count 3-1, but Collins did win their most recent meeting – a 6-3, 6-4 victory at the Adelaide International in 2021.

“The way [Collins is] able to control the baseline & take the game on, she’s one of the most fierce competitors out here. She loves to get in your face & loves to really take it on. It’s going to be a challenge for me to try and neutralise as best that I can.” – Barty

“We’ve had some incredible battles over the years. To play the world number one in her home country will be spectacular. The energy the crowd will bring, whether it’s for me or against me, it will be a incredible.”

It is going to take something spectacular from Collins to stop the Barty Party at Melbourne Park on Saturday as the world No 1 has been in a league of her own not just at the Australian Open, but for more than a year.

If the American is going to give herself a chance of being crowned 2022 Australian Open champion she will have to dominate from early on as the fact that Barty has not really been under any pressure – well early pressure – in Melbourne could work in her favour.

Collins was quick out of the blocks against Iga Swiatek and she will need to pull off something similar against Barty while she also needs to come up with tactics to counter the Australian’s serve.

It is difficult to look past Barty and not it would take a brave person to bet against her to hold aloft the Daphne Akhurst Memorial Cup come Saturday evening in Melbourne.