Ben Shelton: ‘I got on the plane with no expectations’ 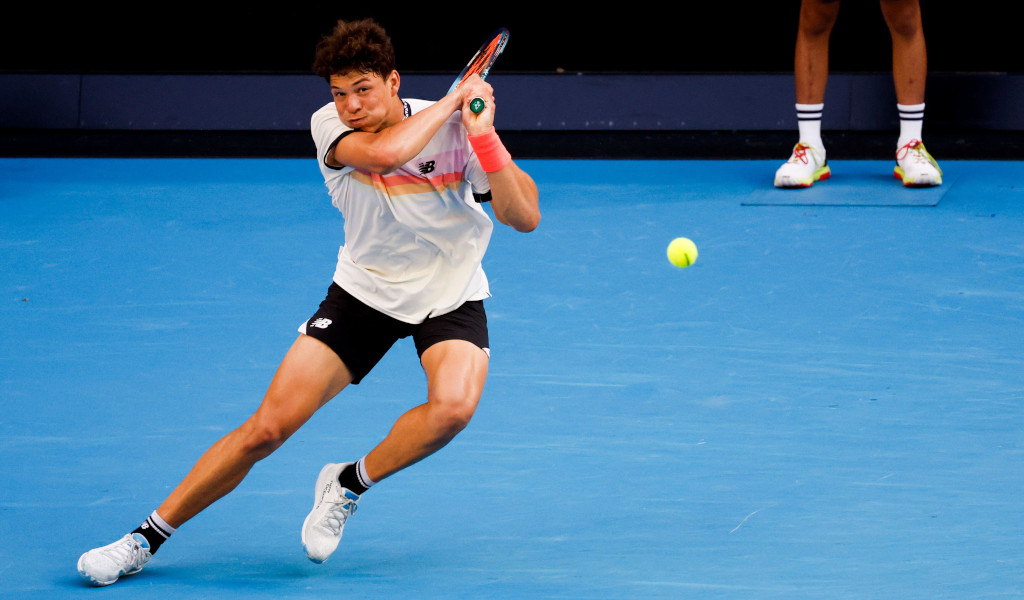 Ben Shelton says that he had no expectations for his Australian Open campaign.

Shelton lost in the first round in his season opener in Adelaide before notching his first win of 2023 in Auckland only to go out in the second round.

Feeling that he hadn’t quite acclimatised to Australia, Shelton had low expectations.

He says that he has been soaking in each victory, and could get used to that winning feeling.

“[It is] definitely a surprise,” Shelton said.

“I got on the plane with no expectations.

“I know that it’s very hard to adjust to Australia from the United States just with the jetlag, time change and everything.

“It being my first time, never being out of the United States, I knew it would be a struggle.

“But I think it has helped me a little bit having that expectation or the feeling that I have to perform, but being able to just go out there, be myself and play free.

“I think that’s been a big contribution to my success.”

Shelton is continuing his education through a distance programme and started classes this week alongside his Australian Open commitments.

His run means that he surges into the top 50 for the first time and should pave the way for an active season for the 20-year-old.

“I feel great. It’s been a pretty special week for me,” said Shelton.

“Definitely a lot on my plate, playing my first Grand Slam outside of the United States, starting school this week. It’s been a lot. But I’m really enjoying it so far.

“Each match that I’ve won here has felt the same. It’s a mixture of joy, relief. I just have that feeling of ecstasy. When the last ball lands, I did it. To be able to do that on this stage four times in a row, that feeling over and over again, has been pretty cool.”

Shelton has enjoyed a dream run but hasn’t been sleepwalking through the draw. He has had to work hard for his progress and feels that his improved fitness will stand him in good stead.

“I think I’m in a pretty good place physically,” Shelton said. “I think that since the last Grand Slam I played, in the US Open, where I was really struggling, five sets in the heat, I barely survived. My fitness wasn’t near what I needed it to be. So I’ve worked really hard these past five or six months to get to where I want to be.

“I’m still not there. There’s still a lot of improvements that I can make. I’m young and I have time to make those improvements. But I feel pretty confident in my ability in the upcoming hopefully matches that I can go out there and I can last five sets with anybody. I’m definitely taking care of my body the right way, trying to bring myself to peak performance for these matches.”

Shelton and compatriot Tommy Paul will contest and all-American quarter-final on Wednesday.