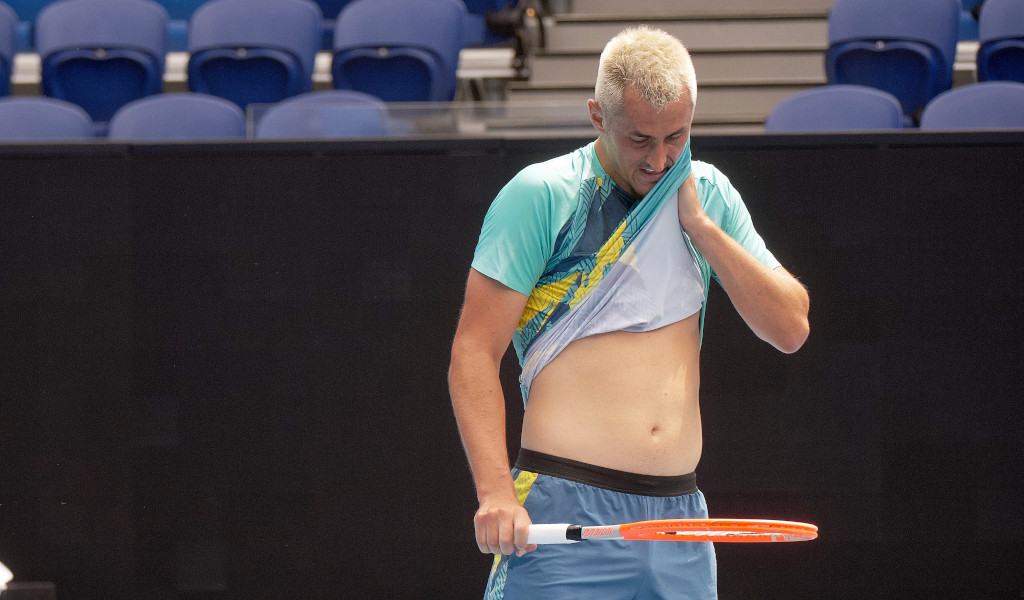 Bernard Tomic’s hopes of qualifying for the 2022 Australian Open ended at the first hurdle, but he made some explosive comments midway through his defeat.

The former world No 17 declared last year that he is ready to make a comeback and compete with the best in the world again, but he found it tough going in his attempt to play at the hard-court Grand Slam in Melbourne as he was beaten 6-1, 6-4 by Russia’s Roman Safiullin in the first qualifying round.

In the second set, the controversial Australian had a “chat” with the chair umpire and said he was convinced he would test positive for Covid-19 after the match while he also lamented the lack of testing at the tournament.

Bernard Tomic being Bernard Tomic. Can this bloke hurry up and retire already. #tennis #ausopen pic.twitter.com/k0LB0rQ9LA

“I’ll buy you (the umpire) dinner if I don’t test positive in three days, otherwise you buy me dinner.

“I cannot believe nobody is getting (PCR) tested. They are allowing players to come on the court with rapid tests … no official PCR testing.”