Boris Becker on Nick Kyrgios’ Australian Open withdrawal: ‘It’s a pity for all of us’ 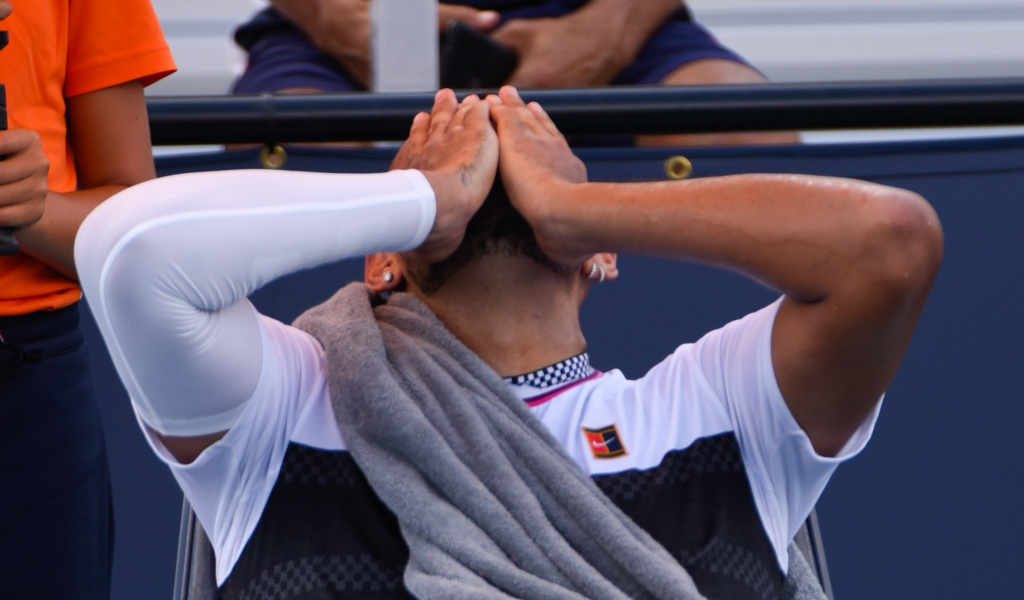 Nick Kyrgios’ withdrawal from the 2023 Australian Open is not only a big blow for the tournament, but also fans and pundits.

Following his run to the Wimbledon final and US Open quarter-final last year, big things were expected of Kyrgios at his home Grand Slam this year with the Australian himself stating before the event that he is one of the pre-tournament favourites.

However, there will be no title for the 27-year-old at Melbourne Park this year as a knee injury forced him out of the event ahead of his scheduled first-round match against Denis Kudla on Tuesday.

A small tear in the left meniscus had caused a cyst to develop and he will need to undergo a small procedure.

His absence is a major setback for organisers as the mercurial world No 21 is one of the biggest drawcards in tennis, even though he is not everyone’s cup of tea.

Former world No 1 Boris Becker admitted he was surprised by Kyrgios’ withdrawal as he looked to be fit during the exhibition match against Novak Djokovic on Friday.

“It didn’t look that way on Friday night when he played two sets against Djokovic,” the German said on Eurosport.

“He talked about injuries beforehand, but to the ankle and not to the knee.

“But what Kyrgios says and what he does are often two different things. Nevertheless, it is of course very bitter to have to pull out of your home Grand Slam before the first round due to an injury. It’s a pity for all of us.”

Fellow former world No 1 Mats Wilander played down suggestions that Kyrgios was one of the favourites.

“He wasn’t one of my favourites because we’ve never seen him go close to winning a Grand Slam,” he said.

“Yes, he went through at Wimbledon but he didn’t have to play the semis. A great final, though, so if he would get there, I don’t think he would be afraid of the big matches. But he has to get there after winning in the first week, and he doesn’t have enough experience and wins on his shoulders to roll through these tournaments to always give himself a chance in the semis, to give himself a chance of winning.

“Will he ever be a favourite? At some point, maybe. We’re talking about someone who has only come close one time. Why he is one of the favourites for Wimbledon is that he understands what to do to win long matches by keeping points short at the right time.

“His mind is that of a complete computer and genius on a tennis court. If he trained harder, maybe he would win more but we can’t take away that he is incredibly smart.”