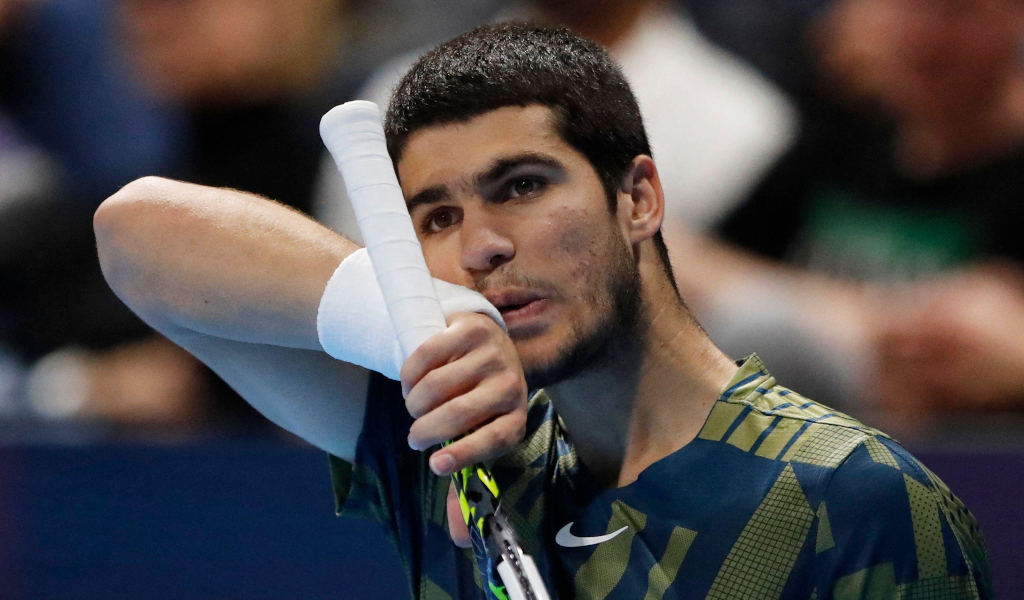 World No 1 Carlos Alcaraz has confirmed he will miss the Australian Open because of a leg injury.

The 19-year-old Spaniard, who won his maiden grand slam title at the US Open in September, revealed he suffered a muscle injury in his right leg during pre-season training.

Writing on social media Alcaraz said: “It’s time to deal with another blow. When I was at my best in pre-season, I picked up an injury through a chance, unnatural movement in training.

“I’d worked so hard to get to my best level for Australia but unfortunately I won’t be able to play the Care A2+ Kooyong (warm-up event) or the Australian Open. It’s tough, but I have to be optimistic, recover and look forward. See you in 2024 @australianopen.”

Alcaraz surged to the top of the rankings in a remarkable 2022 season, becoming the youngest man ever to hold the No 1 position after beating Casper Ruud in the final in New York.

The teenager suffered a blow at the end of the campaign when he tore an abdominal muscle, forcing him to miss the ATP Finals and the Davis Cup Finals.

The timing of this latest injury is extremely unfortunate and robs the Australian Open of one of its most exciting drawcards.

Alcaraz’s absence means his compatriot Rafael Nadal is set to be top seed for the defence of his title at Melbourne Park, with the tournament beginning on January 16.

There are also doubts over whether 2021 US Open champion Emma Raducanu can compete in the Australian Open, after rolling her ankle in an event in Auckland on Thursday.

The British number one retired in tears from her second-round match against Viktoria Kuzmova at the ASB Classic after sustaining what appeared to be an injury that will rule her out of playing in Melbourne.

Raducanu had the joint taped up ahead of the deciding set but played only one more point, wincing in pain before deciding she could not continue.

The exact nature of the injury is not yet known, but the PA news agency understands her team hope it is a minor strain, giving the 20-year-old a chance of being fit for the year’s opening grand slam beginning on January 16.

Raducanu’s frustration was fully understandable given all the injury problems she suffered in her first full year on tour, culminating in a wrist issue that kept her off court for two months.

She began 2023 feeling good physically and won her first match in Auckland against Linda Fruhvirtova before taking the opening set 6-0 against Kuzmova and then being pegged back.

Bad weather in Auckland meant the match was played indoors and Raducanu was unhappy with the condition of the courts.

“It’s difficult to take,” she said on stuff.co.nz. “I’ve put a lot of physical work in the last few months and I’ve been feeling good and optimistic.

“So to be stopped by a freak injury, rolling an ankle, is pretty disappointing, in the first week as well. I thought I was playing some pretty decent tennis.

“The courts are incredibly slick, like very slippery, so to be honest it’s not a surprise that this happened to someone.”