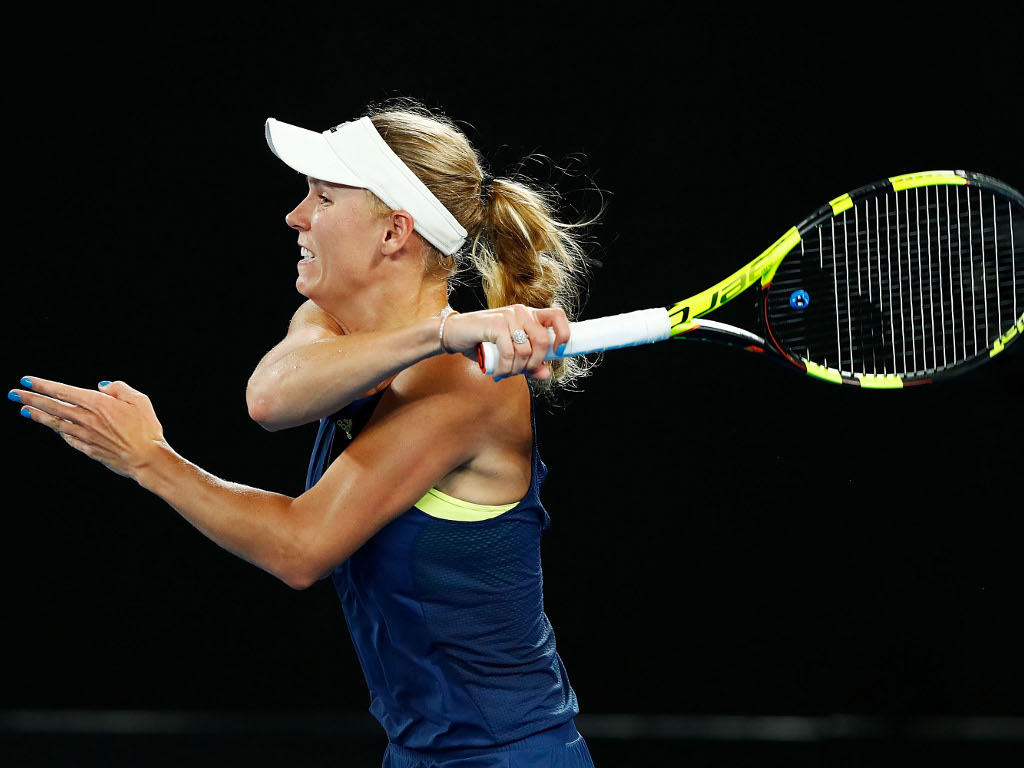 Caroline Wozniacki is into the Australian Open semi-finals for the first time since 2011 after a three-set win over Carla Suarez Navarro.

The second seed looked set for an easy victory after she won the opening set to love, but Suarez Navarro hit back to level things with a second-set tie-breaker to take it to a decider.

.@CaroWozniacki is through to her second #AusOpen SF!

The Dane, who is into her seventh Grand Slam final, will take on Elise Mertens for a place in the final after the Belgian beat Elina Svitolina in straight sets.

“She’s had an amazing start to the year. It’s going to be tough but I’m excited for it,” Wozniacki said of Mertens, who started the year by winning the Hobart International.