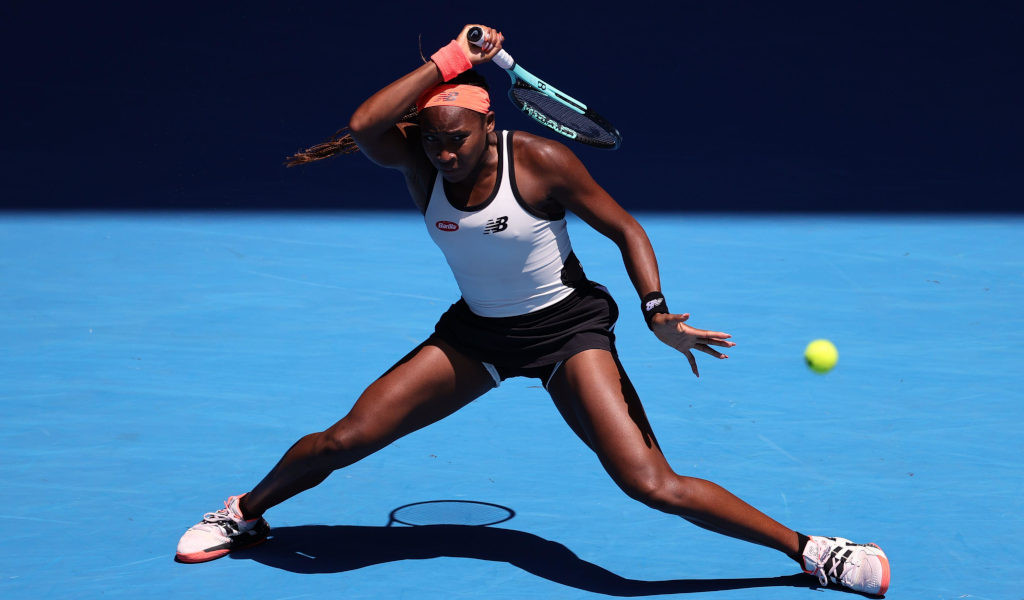 Coco Gauff bowed out of the Australian Open at the fourth round on Sunday but her future remains bright.

Gauff cut a dejected figure after being blown away by Jelena Ostapenko but Tim Henman feels that she will bounce back.

Speaking on the Eurosport broadcast of Sunday’s action, Henman backed Gauff to win a Grand Slam in the future.

“There are definitely areas she can improve on but I see that as a positive. Wow, you’re this good and you’re only 18, and you’ve still got so many areas to improve on,” Henman said as quoted by Eurosport.

“She’s been in a Slam final now, for sure she wins Slams in the future and yeah it’s hard to watch, you feel sorry for her, but it shows how much she cares and she’s going to want to get better in the future.”

Former British No 1 Laura Robson is assured that Gauff will find a way to bounce back from the disappointment.

“You only need to look at how she finished last season,” said Robson.

“Losing a bunch of matches in a row and how she came out in 2023, winning Auckland straight away.

“I just love that she’s this open and it’s very similar to what we said about Iga [Swiatek], if she’s this open about it, she can improve on it. She fought until the last point but her serve let her down and at one point she was serving at 33% on second serve.

“Ostapenko was leaning on that all day and she [Gauff] didn’t really have a plan in that situation. She was trying to kick the second serve but it was just sitting up and that’s when you see how young she is, even compared to an Ostapenko, who hasn’t been in a quarter-final for a while.”

Seven-time Grand Slam winner Mats Wilander is concerned that Gauff’s game isn’t as rounded as it could be.

He said her emotional state had little bearing on what might happen in the future.

“I like it in a way because it shows she cares… but I would be more concerned with her tennis than her emotional state, she needs to come up with a weapon against these girls that she can absolutely smack the ball.

“Her athleticism might not be enough and her forehand might have to be shortened down a little bit.”