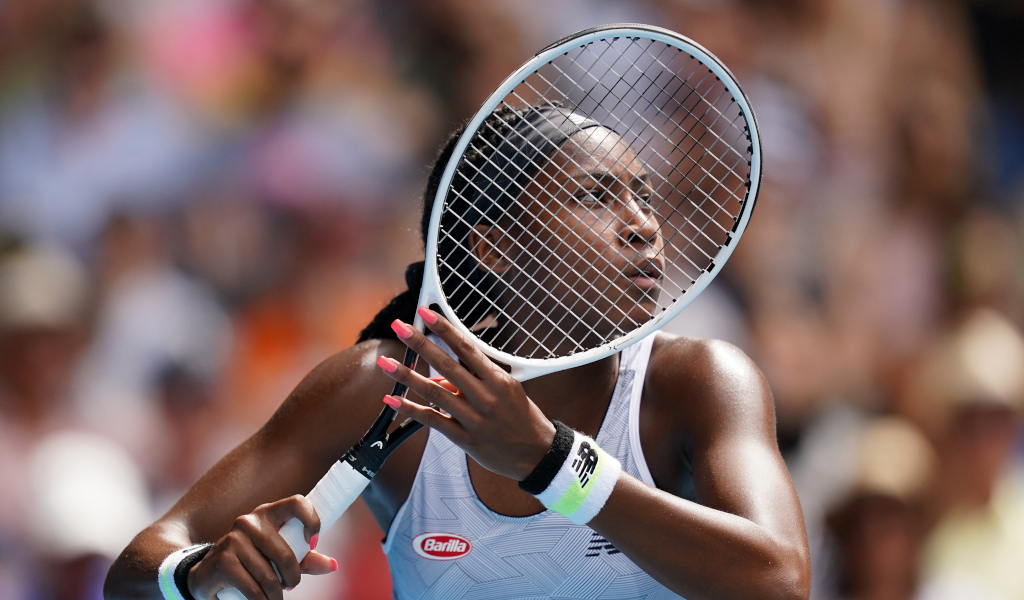 Coco Gauff can relate to dealing with pressure at a relatively young age, but she concedes that the weight of expectation on Emma Raducanu’s shoulder is probably a lot more.

The duo – considered two of the women’s games brightest young stars – will meet for the first time in their careers on Wednesday after they both made smooth starts to their 2023 Australian Open campaigns.

Naturally both have had a lot of attention over the past few years and Gauff can relate to Raducanu’s struggles.

“Obviously she’s gone through a lot of pressure, bursting onto the scene,” the American said. “Probably more than I have experienced coming to win a Slam. And especially being from the UK, being like the first British person to [win a Slam] in a long time, probably is a lot more pressure than what I’m used to being as an American.

“Serena [Williams] is retired now, but she was always the American that people looked to… I definitely can relate to bursting onto the scene and dealing with some pressure but I don’t think to that level.”

Raducanu struggled during her first full season on the WTA Tour last year as she slipped from the top 10 in the WTA Rankings to outside the top 70 while Gauff climbed into the top five after several impressive performances before finishing the year at No 7.

However, both were impressive during their openers at Melbourne Park as Raducanu defeated Tamara Korpatsch 6-4, 6-2 while Gauff brushed aside Katerina Siniakova 6-1, 6-4.

Radacunu described her next opponent as “tough” and “really solid”.

“I think she’s a great athlete,” the 20-year-old said. “When she first came at Wimbledon, I think after that, took her a little bit to adjust as well, but then she definitely found her feet. She’s playing really good tennis and looking really solid right now.

“She’s a great athlete with some big weapons. It’s going to be a tough opponent. I’m looking forward to the occasion.”

“I never practiced with her,” she said. “I have obviously watched her play, especially during the US Open run, and I think for a really aggressive player, she likes to step in on the returns.

“I’m just going to have to be ready and accept some return winners that might come my way. I think for the most part, just continuing to play my game and focus on my end of the court. I think it will be a good match-up for both of us. I’m excited.”