‘I don’t know how I got out of that. That was one of the craziest matches ever,’ says Nick Kyrgios 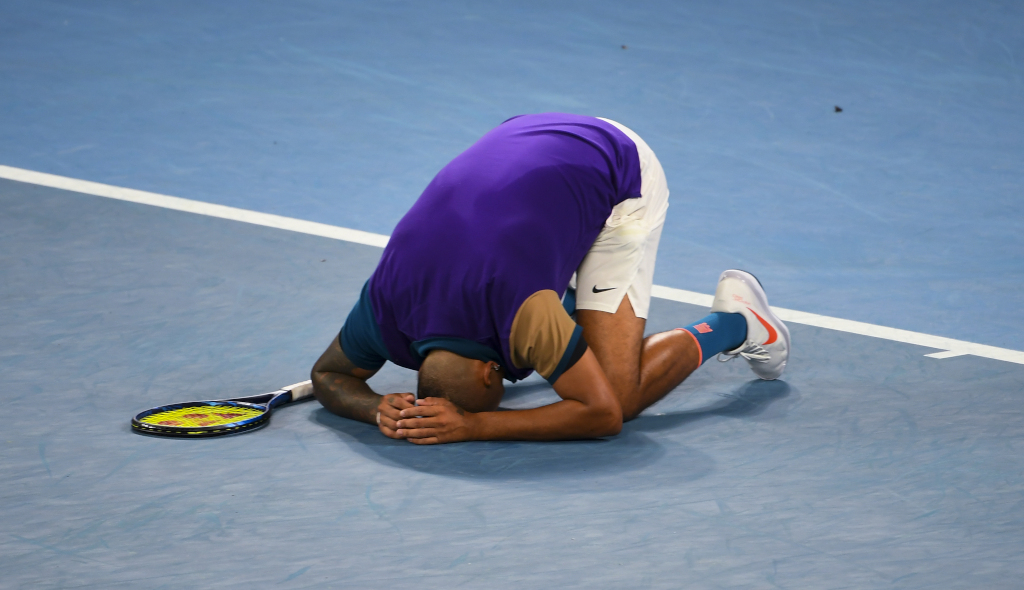 There was a sense of disbelief from Nick Kyrgios after he came back from the dead to beat Ugo Humbert in the second round of the 2021 Australian Open.

The world No 47 had gone where he had never gone before as for the first time in his career he saved match points en route to winning a five-set tussle.

It was a typical performance from the Australian showman as he argued with the chair umpire, received a penalty point for continued code violations, smashed his racket and played some trick shots.

But when all was said and done he wasn’t quite sure how he pulled it out of the bag.

He referred to some “dark thoughts” during his on-court post-match interview and during his press conference he gave more detail about how his mind briefly went off track.

“You know, I was definitely thinking about – I felt like there was a lot of expectation on me, not playing for a year and coming back,” he said.

“I wasn’t expecting too much of myself, but of course when I’m match point down second-round exit, I was almost afraid.

“I was afraid to come into this room, you know, go to my Airbnb and just read about it and take it all in, take all the negativity in that I have already taken. It’s not easy to come back and try and put it all behind.

He continued: “I just know that every tennis player deals with negative stuff. I’m not trying to play a victim here, but I don’t live under a rock. I know I caught a lot of flack for everything I do.”