Daniil Medvedev: ‘My goal is to win the Australian Open’ 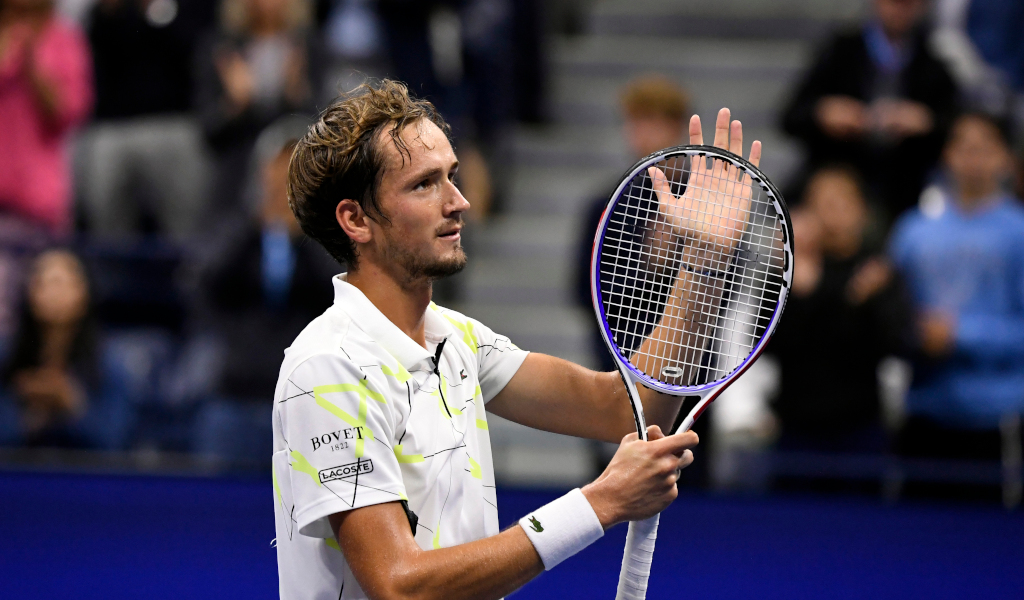 John McEnroe believes Daniil Medvedev is “the guy” who can end the Big Three’s Grand Slam dominance and it is no surprise that the Russian himself is setting his sights high ahead of the Australian Open.

Medvedev enjoyed a dream 2019 campaign as he reached six consecutive finals, including the US Open where he lost against Rafael Nadal in five sets. His other achievements included winning two ATP Masters 1000 titles and reaching a career high of No 4 in the world.

The likes of McEnroe have tipped him as the player most likely to end Nadal, Roger Federer and Novak Djokovic’s stranglehold on the Grand Slams.

“You’ve still got to put those guys ahead of the other guys. They just know how to get it done,” seven-time major winner McEnroe said.

“But Medvedev to me is the guy that has the best chance of winning it right now. He showed a gear that we haven’t seen at the US Open.”

Seeded fourth at Melbourne Park, Medvedev has been handed a tough first-round assignment as he will face American Frances Tiafoe, but the 23-year-old says his aim is always to win any tournament he enters.

“[A] good Australian Open is to win it. But if you ask me what I’m going to be happy about, it always depends of course who you play, who you lose to,” he said.

“But I would say I will be happy with quarters. As I always say, for me the first goal is to win it step by step. If I’m in [the] quarters, I’m not going to be there and say, ‘Okay, I’ve done my goal, it’s enough for this tournament.’ Any tournament I play, I want to win it.”