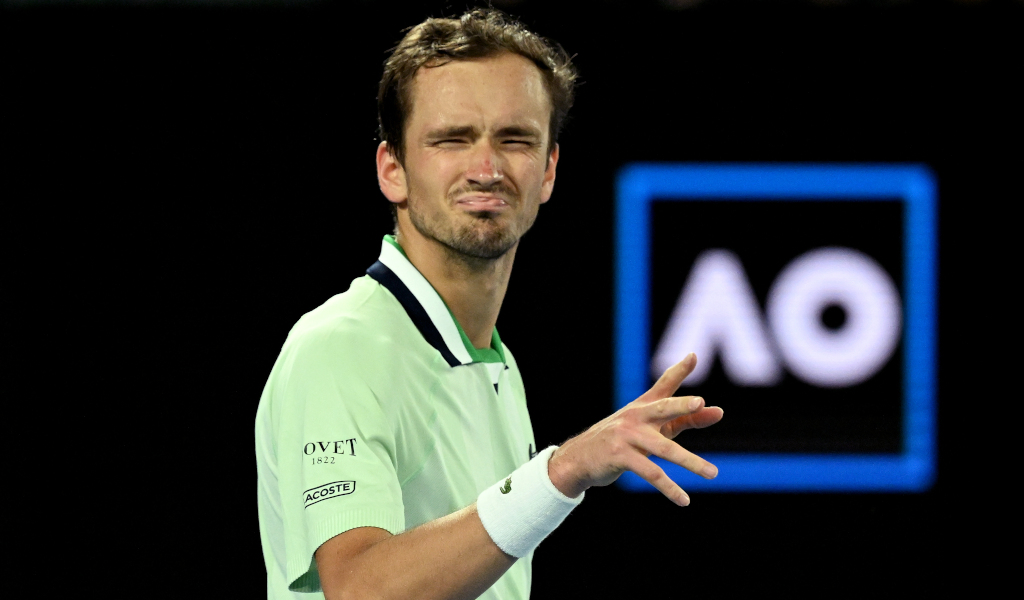 The meeting between the Australian showman and the world number two and title favourite was the biggest match of the tournament so far and it lived up to its billing on a raucous Rod Laver Arena.

Happy to win tonight. Nick is an incredibly tough opponent that is obviously capable of beating the best in the world. Happy with my level tonight in this entertaining atmosphere. On to the next round. pic.twitter.com/xsqoZjUF9L

The Russian was especially unhappy with fans making noise between his first and second serves, with Cristiano Ronaldo’s ‘siuu’ chant again making its presence felt at Melbourne Park.

Speaking to Eurosport, Medvedev said: “It’s not everybody who’s doing it, but those who are doing it probably have a low IQ.”

In his press conference later, the second seed said: “I enjoyed to win. It’s not easy to play against the crowd. I feel like these matches, they are not easy to play, but they stay as fun matches afterwards, because in the end we gave the crowd a big show. Probably Nick more because he’s a big entertainer.”

Medvedev, who next faces Dutchman Botic van de Zandschulp, hopes coming through Thursday’s match will stand him in good stead for the rest of the tournament.

“I can say it’s definitely an unlucky draw,” he said. “But these kind of matches, first, second, third round of a slam, it’s like a big challenge where, if you make it, you feel like, ‘OK, if I can continue playing like this, I can go far’.”

Kyrgios had not played a match since September going into the tournament and was in bed with Covid last week but showed once again what a phenomenal talent he is.

Fourth seed Stefanos Tsitsipas did not have things all his own way either against Sebastian Baez but finished strongly to win 7-6 (7-1), 6-7 (5-7), 6-3, 6-4. He will next take on France’s Benoit Paire, who knocked out Grigor Dimitrov.