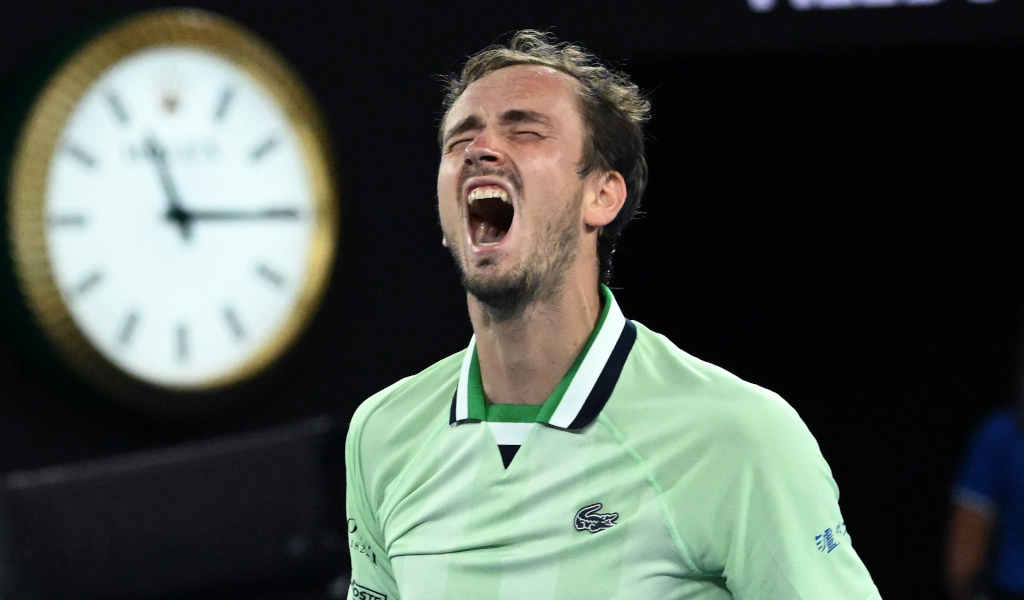 In a battle royale on Rod Laver Arena that ended after midnight in Melbourne, Daniil Medvedev had to pull out all the stops to defeat Felix Auger-Aliassime and reach the semi-final of the Australian Open.

He also had to save a match point in the fourth set, but managed to turn things around to beat the impressive Auger-Aliassime.

The 22-year-old Canadian certainly had the upper hand in the early stages of the match and, after they traded breaks late in the opening set, he edged the tie-breaker.

And he took that momentum into the second set as he raced into a 3-0 lead with an early break.

The pressure was certainly on the reigning US Open champion, but Medvedev kept calm and started to find some rhythm as he dominated the third-set tie-breaker to take it to four.

The Russian, though, did get irritated by a screen operator in the fourth set and at one point fumed at the umpire: “Can you please ask the operator to stop being really stupid and put a huge glance of Felix’s face just before my return. How stupid can he be? Idiot.”

It nearly ended in the fourth set as Auger-Aliassime eked out a match point in game 10, but the Medvedev serve was good enough to get him out of trouble and he went on to break in the next game to take it to a decider.

He came out charging in the fifth and got the crucial break in game three, but the Canadian threw everything at him and had break points in games eighth and 10.

However, the Russian held firm and crossed the finish line on his first match.

“I was not playing my best and Felix was playing unbelievable,” he said in his on-court interview.

“I didn’t really know what to do so … I don’t know if people are going to like it, but I told myself, ‘What would Novak do?'”

After the crowd started booing, Medvedev added: “Or Roger or Rafa, too.”

He will face Stefanos Tsitsipas for a place in Sunday’s final after the Greek defeated Jannik Sinner in straight sets.