Daniil Medvedev news: Russian rolls on and teases crowd about ‘ups and downs’ of their relationship 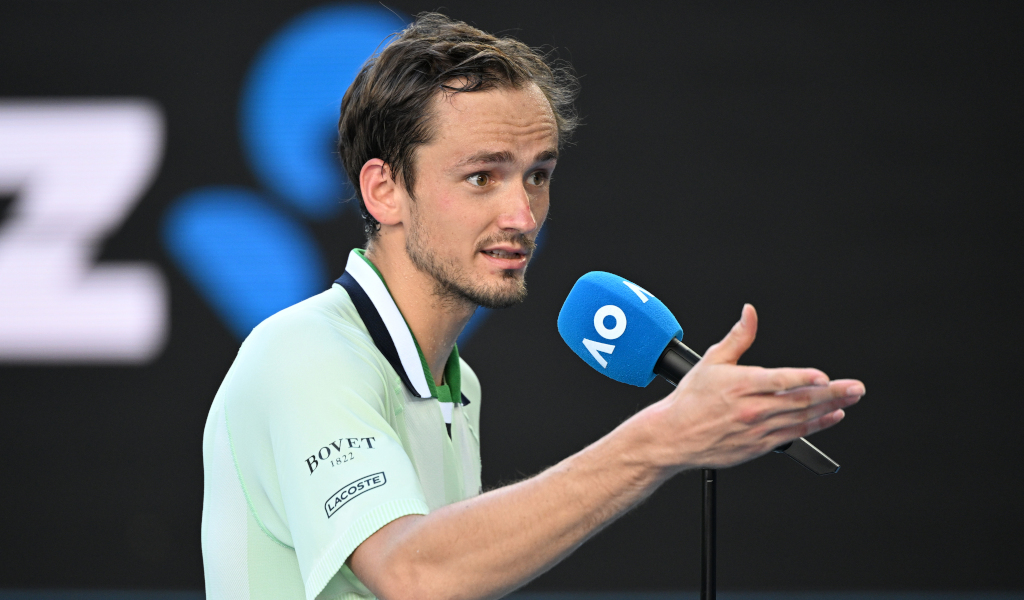 Daniil Medvedev booked his place in the fourth round of the Australian Open with a professional win over Botic van de Zandschulp before having some fun with the crowd during the post-match interview.

Following his lively win over Nick Kyrgios in the previous round, it was a more business-like performance from the second seed as he brushed aside van de Zandschulp 6-4, 6-4, 6-2 in just under two hours on Rod Laver Arena.

The Russian broke once in the first two sets before easing over the finish line with two breaks of serve in the second set.

Having hit out at some “low IQ” fans at Melbourne Park over their “sieuu” screams that mimics Cristiano Ronaldo’s celebrations during his match against Kyrgios, Medvedev was a lot more careful with his words after Saturday’s match.

“I’ll put it this way. It is easier to play a guy from the Netherlands than a guy from Australian in Australia,” he said.

“Hopefully I can play here many more years. I hope there will be more good times than bad times otherwise it doesn’t work.”

At the US Open in 2019, Medvedev delighted in clashing with the New York crowd on his way to his first grand slam final, saying after beating Feliciano Lopez to a chorus of boos: “I want all of you to know when you sleep tonight: I won because of you.”

After his 6-4 6-4 6-2 victory over Van De Zandschulp at Melbourne Park, Medvedev said: “I don’t think it’s the same because the other night I was playing against an Australian player, very electric Australian player.

So… Daniil Medvedev and the Aussie crowd are best mates now 😉#AusOpen – Live on 9Gem and 9Now pic.twitter.com/JYCuLmMM8U

“As I said, I didn’t have any issues except the one small thing, which is first and second serve. After the match, I think it was straightaway pretty actually fun for everybody. That’s how I felt, and I didn’t see a lot of negative reactions.

“US Open was a different story. I actually was not doing the right thing in the beginning. I managed to stay calm and turn it around by playing good.

“I like coming to Australia, I feel like people support me in general here. I want to even say feeling in a way like home. So I do think it’s much more ups than downs with the Australian crowd.”

“I am really happy because every round at a Grand Slam is very tough,” he said. “Even today the score doesn’t show this, but I feel like it was a much tighter match than the score showed.

The world No 2 added: “I think every good relationship must have its ups and downs so I think it’s good, it’s entertaining and it’s real. It’s not like ‘hey guys, buy, see you next time’ or whatever. There is some relationship going.”