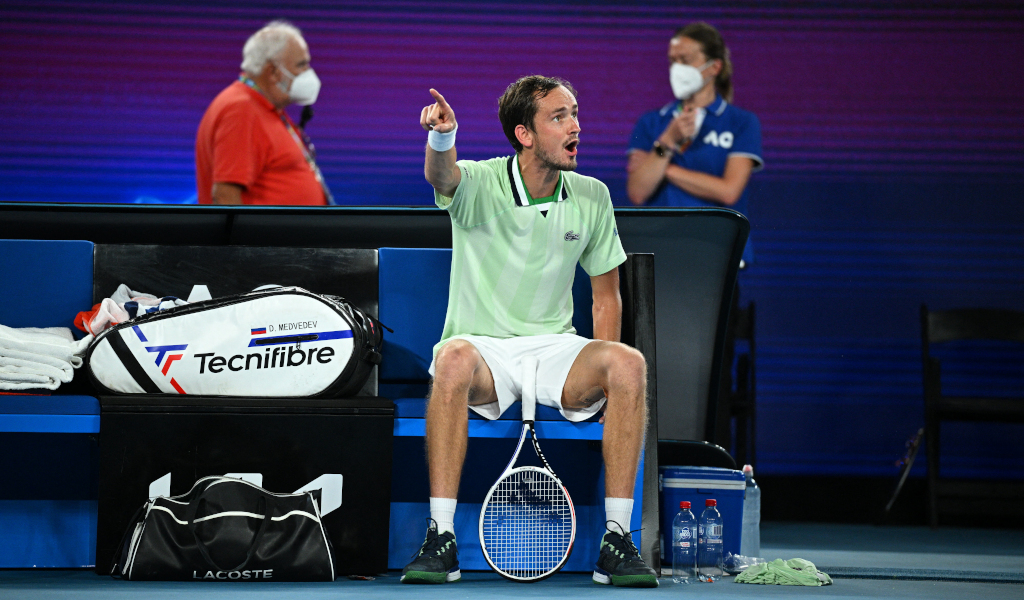 World No 1 Daniil Medvedev says that he learned a lot from his bittersweet Australian Open experience.

Medvedev was fined for an outburst at the chair umpire during his semifinal victory over Stefanos Tsitsipas, before letting slip a two set lead in the final.

He says the experience brought him back down to earth and made him realise he had things to work on.

“It made me mature, the Australian Open,” the 26-year-old said. “I understood I had a lot to work on myself.”

Medvedev and Nadal are set on a course to meet in a semi-final at Indian Wells provided they both make it that far.

The Russian officially ascended to world number one on February 28 — days after his rise was assured when Novak Djokovic fell in the quarter-finals at Dubai.

He will lose ATP Rankings points on 21 March, when his Marseille Open title victory drops away, and as such will need to reach the last eight in Indian Wells to guarantee that he does not surrender the ranking back to Novak Djokovic.

Medvedev acknowledged that he was feeling “a lot of pressure” in playing as the world’s top-ranked player “but at the same time a lot of motivation,” he added.

While Medvedev will have No 1 beside his name, he won’t have a Russian flag, after tennis authorities ruled that Russian and Belarusian players can’t compete under the names or flags of their countries in the wake of the invasion of Ukraine.

“I want to play tennis, play in different countries — I want to promote my sport,” Medvedev said.

“Right now the situation is that’s the only way I can play, so that’s what I’m going to do.”

When asked on his thoughts about whether the sporting bans could include individuals the 26-year-old said: “We never know – some sports made this decision, especially I would think the team sports.

“Tennis is probably one of the most individual sports we have in the world. Everyone’s living in so many different places.”