Daniil Medvedev’s lovely ‘small story’ about Novak Djokovic after final: ‘The guy was a god for me’ 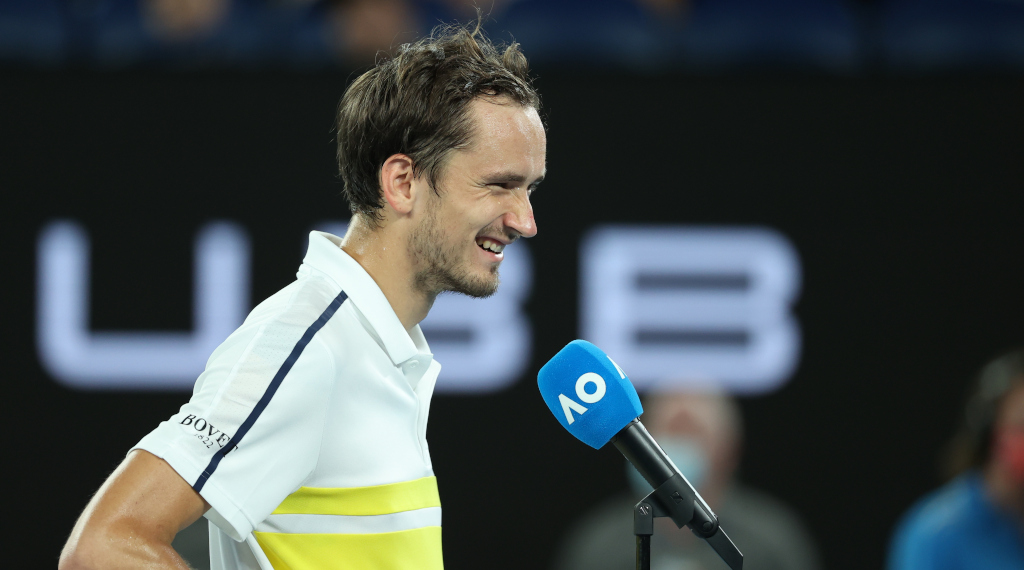 Daniil Medvedev paid tribute to “great sport” Novak Djokovic after the world No 1 brushed him aside in the Australian Open final.

Many expected the 2021 men’s final to be an evenly matched contest as Medvedev went into the encounter on the back of a 20-match unbeaten run while Djokovic hasn’t lost at Melbourne Park since 2018.

And during the post-match presentation, Medvedev recalled a story involving the now 18-time Grand Slam winner.

“Never easy to speak when you’ve just lost a final of a Grand Slam but I’m going to try to do my best, better than on the court hopefully,” he started.

“First of all congrats to Novak and your team. Nine Grand Slams in Australia is amazing and probably it’s not your last one. I have no words to say.

“Just to tell you a small story, first I practised with Novak when I was 500 or 600 in the world in Monaco. He was already number one, and I thought, ‘OK he’s not going to speak to me or something’, because the guy was a god for me.

“Because I was shy I didn’t speak, he was asking me questions, talking to me like a friend and you’ve never changed. It hasn’t changed whether I’m 600 in the world or 4 in the world, you’re a great sport.”

Djokovic also paid tribute to the two-time Grand Slam finalist, describing him as “one of the toughest players I ever faced in my life”.

“I would like to return nice words to Daniil. First of all, class act, you are a great guy, great person, you show again why,” he said.

“We used to spend more time together in Monaco. You’re not calling me any more last few years. But it’s nice to see you’re thinking good things about me. I really like Daniil as a person off the court.

“On the court he’s definitely one of the toughest players that I ever faced in my life. It’s a matter of time when you’re going to hold a Grand Slam, that’s for sure. If you don’t mind waiting a few more years.”