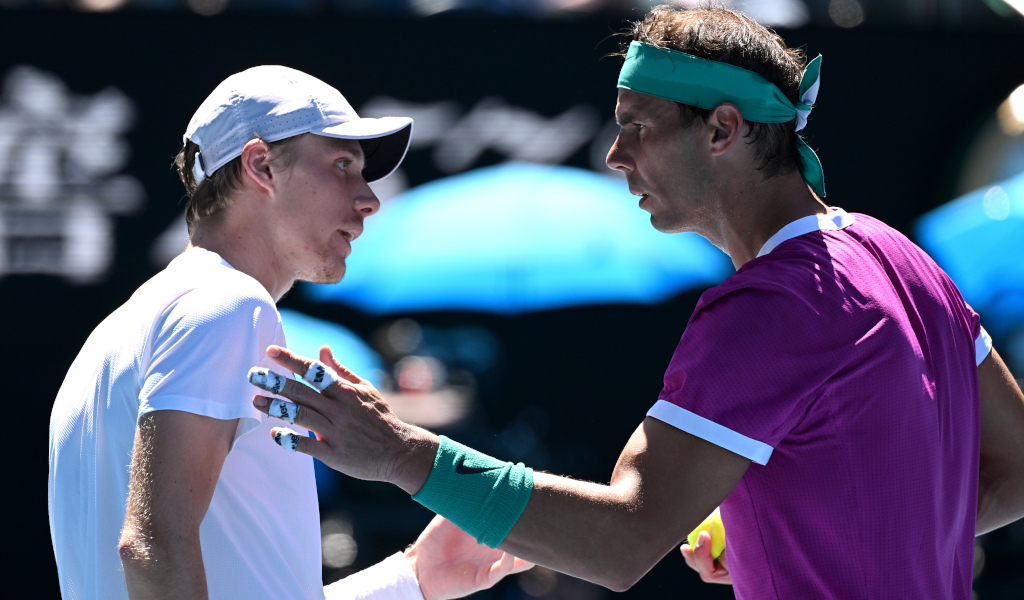 Denis Shapovalov has lashed out at umpire Carlos Bernardes, accusing him of corruption during his Australian Open clash against Rafael Nadal on Tuesday.

Nadal overcame an abdominal problem during the match on Rod Laver Arena, where he battled a stomach problem and the heat.

The Canadian argued with Bernardes at the start of the second set and things escalated from there with the 22-year-old asking why the official had not given Nadal a time violation for taking too long between points.

The 20 Grand Slam champion looked ready to serve and then things erupted. Nadal eventually approached Shapovalov and consoled him at the net before the match continued.

With Novak Djokovic and Roger Federer absent at this year’s event at Melbourne Park, Nadala has been described as the favorite to win it.

He last triumph Down Under in 2009 when he beat Federer in the final.

The Spaniard will face either Matteo Berrettini or Gael Monfils in the semi-final.