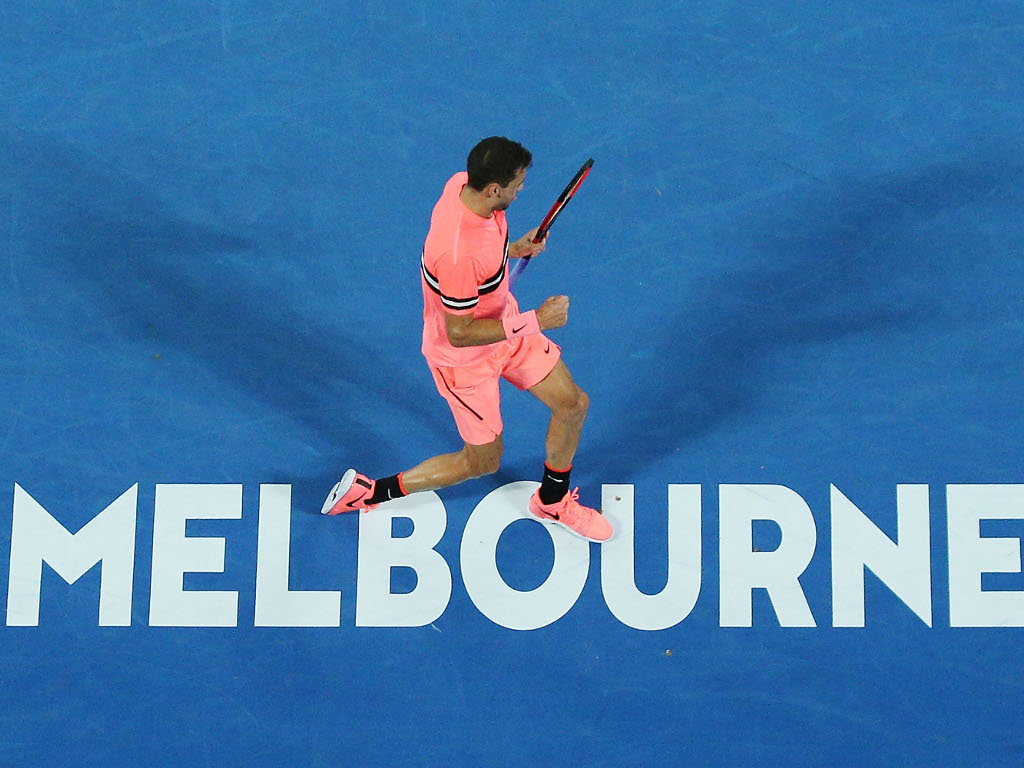 Grigor Dimitrov needed a marathon five sets to beat Mackenzie McDonald in the second round at the Australian Open while Nick Kyrgios is also into the third round.

After spending just one hour and 38 minutes on court on Monday to beat Dennis Novak in straight sets, third seed Dimitrov needed three hours and 25 minutes to see off the American qualifier.

Dimitrov was broken in the third game of the match as the world No 186 claimed the first set, but the Bulgarian hit back to take the next two sets.

However, he collapsed in the fourth as the American won it to love and he also faced two match points in the decider, but battled through for the victory.

[3] @GrigorDimitrov through to the third round in five EPIC sets! #AusOpen pic.twitter.com/N8W0OVK3mH

“I just had to fight and I think my experience in the end really helped me.

“I’m happy – not because of the way I played but the way I fought.”

Australian Kyrgios also had a much tougher encounter than his first-round match, but he was always in control against Viktor Troicki, winning 7-5, 6-4, 7-6 (7-2).

The 17th seed, who was fined earlier this week for telling a fan to “shut it” during his first match, again had to deal with distractions as he made several complaints to the chair umpire about noise coming from the microphone as well as shouts from fans.

Kyrgios will take on Jo-Wilfried Tsonga in the third round.