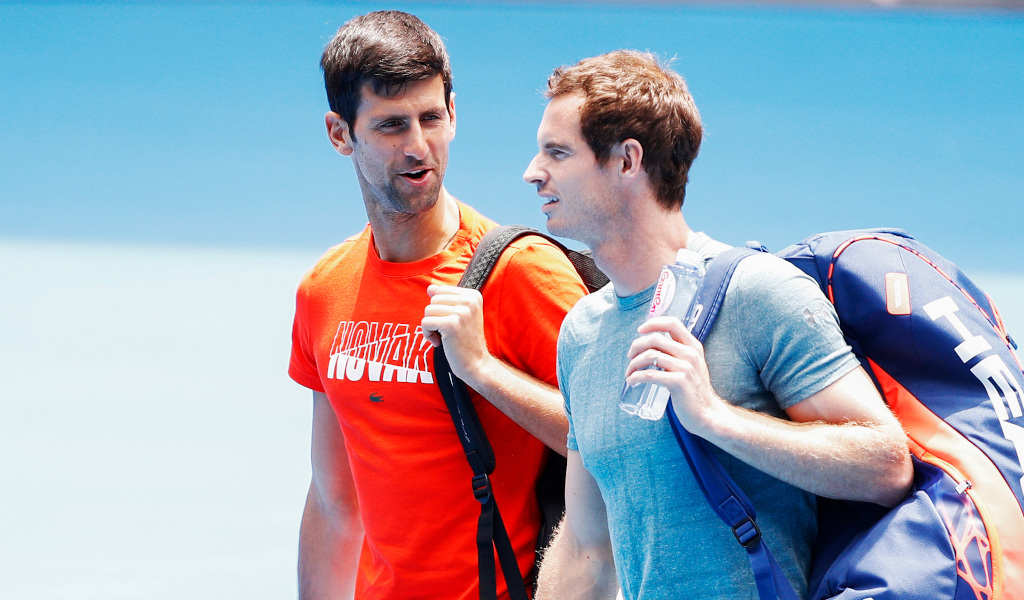 Andy Murray believes the storm surrounding Novak Djokovic’s visa issues in Australian is “not good for tennis at all”, with the Serbrian’s appeal hearing now set to take place as scheduled on Monday.

The Australian government has failed in a bid to delay Djokovic’s visa hearing until after the Australian Open draw is finalised.

Judge Anthony Kelly rejected, in an order published on Sunday, the submission by home affairs minister Karen Andrews on Saturday to push Monday’s hearing to Wednesdam, but the judge left the government with the option of making another application to delay on Monday.

World number one Djokovic has been detained at an immigration facility in Melbourne since Thursday morning after his visa was cancelled following scrutiny of the medical exemption he had secured to travel to the first tennis major of the year.

Former British number one Andy Murray has expressed concern for the Serbian and says his predicament is “really not good for tennis at all”.

“I think everyone is shocked by it, to be honest,” five-time Australian Open finalist Murray told reporters in Australia.

“I’m going to say two things on it just now. The first thing is that I hope that Novak is OK. I know him well, and I’ve always had a good relationship with him and I hope that he’s OK.

The Federal Circuit Court heard on Thursday that Tennis Australia had said it would need to know by Tuesday for scheduling purposes if defending champion Djokovic could compete.

Judge Kelly at the time, however, insisted the court would not be rushed, adding: “The tail won’t be wagging the dog here.”

Djokovic’s lawyers have claimed he was granted a vaccine exemption to enter Australia because he contracted Covid-19 last month.

In court documents published on Saturday, it was stated Djokovic recorded a positive test on December 16, and has “not had a fever or respiratory symptoms of COVID-19 in the last 72 hours”.

Tennis Australia chief executive Craig Tiley has blamed “constant conflict” in advice from state and federal government for the causing the debacle.

Tiley, who is also the tournament director, says the federal government rejected two requests in November to examine exemption cases for unvaccinated players before they arrived in the country.

“We asked if they could please assess our decisions,” he told reporters in Australia. “They declined. We said we’re going to need some help to make sure we’re doing the right thing. We’d be in a different situation today.

“We were caught in this constant conflict between state and federal (advice) and this pandemic has highlighted that complexity.”

Tennis Australia and the Victorian government granted a handful of exemptions for unvaccinated players to enter the Open, including Djokovic.

The process was based on guidelines from the Australian Technical Advisory Group on Immunisation, according to Tiley.

Tiley – who has said he will not resign – expressed shock at the nine-time champion being denied entry to the country and retains hope the player will participate.

According to his legal team, Djokovic was provided with a letter from the Chief Medical Officer of Tennis Australia recording he had a medical exemption from Covid vaccination.

It is claimed that the exemption certificate was “provided by an Independent Expert Medical Review panel commissioned by Tennis Australia”, and that “the decision of that panel had been reviewed and endorsed by an independent Medical Exemptions Review Panel of the Victorian State Government”.

Djokovic’s lawyers added that he was granted an “Australian Travel Declaration” because he was told by the authorities that [he met] the requirements for a quarantine-free arrival into Australia”.

Djokovic, 34, is under instruction to stay at Melbourne’s Park Hotel, which is used to house asylum seekers and refugees, before Monday’s hearing.

He broke his silence on Instagram, saying: “Thank you to people around the world for your continuous support. I can feel it and it is greatly appreciated.”